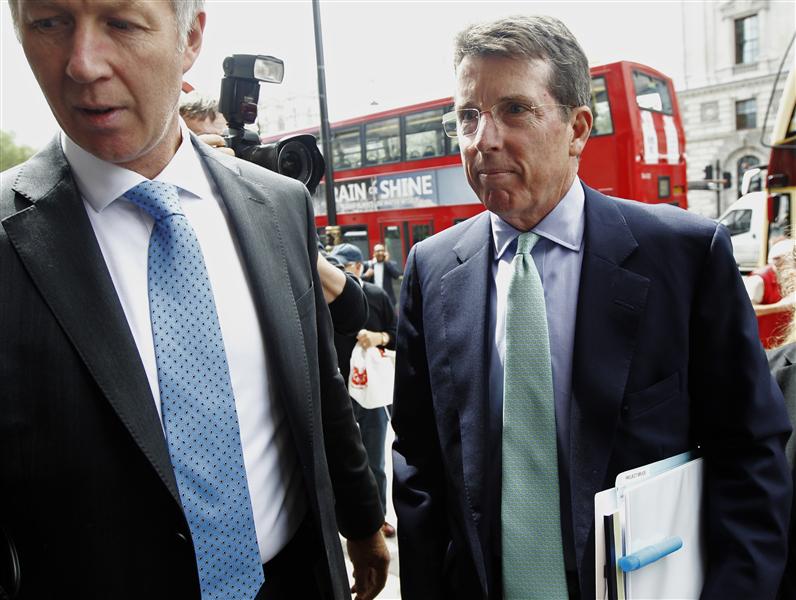 Barclays will find it tough to undo Bob Diamond’s handiwork. The UK bank’s recently departed chief executive spent over 15 years building the firm’s investment bank, Barclays Capital, into one of the biggest of its kind in the world. Now the unit’s strategic contribution is in doubt following its role in the Libor scandal. But even if Diamond’s replacement wanted to get shot of his pride and joy, it would be hard to do.

There are instances of successful standalone investment banks – look at Goldman Sachs and Morgan Stanley. But BarCap isn’t a Goldman waiting to be spun off. That’s because it gets a considerable leg-up from being part of a wider group. The most obvious benefit is that it has tended to be able to fund itself at around 50 basis points cheaper than Goldman and even more than that compared to Morgan, despite the fact that their earnings are equally volatile. Investors can see that BarCap is attached to a too-big-to-fail retail franchise that would have to be bailed out. If BarCap was an independent entity, this benefit might disappear.

BarCap’s return on equity in 2011 was only 10.4 percent, below its cost of capital. If it had to pay another 50 basis points on its 168 billion pounds of senior unsecured debt, it would have knocked almost 850 million pounds, almost a third, off its 2011 pre-tax profit. As a standalone entity, BarCap might also have to post more collateral to service its huge repo financing requirements, in turn straining its balance sheet and further lifting the cost of its senior unsecured debt facilities.

What’s more, the average duration of BarCap’s unsecured wholesale funding is less than three years, compared to more than five for its U.S. peers, according to one analyst. And BarCap is much more leveraged – total assets under U.S. GAAP are 23 times tangible equity, compared to 11 times for Goldman, says the same analyst. BarCap could try and offset higher funding costs by raising more capital. But that would depress returns even further.

With such a shaky profile as a standalone entity, Diamond’s replacement would have a job selling BarCap for near its book value, assuming anyone wanted to buy an entity with such a huge balance sheet. The other option would be copying Stephen Hester at Royal Bank of Scotland in his quest to gradually deleverage the investment banking arm. But turning Barclays back into a boring retail bank could take even longer than the fifteen years it took Diamond to set it up.

Barclays announced the resignation of Chief Executive Bob Diamond on July 3 and his departure was followed hours later by that of Chief Operating Officer Jerry del Missier. Chairman Marcus Agius has also announced his intention to leave once successors are found.

Barclays announced the resignation of Chief Executive Bob Diamond on July 3 and his departure was followed hours later by that of Chief Operating Officer Jerry del Missier. Chairman Marcus Agius has also announced his intention to leave once successors are found.