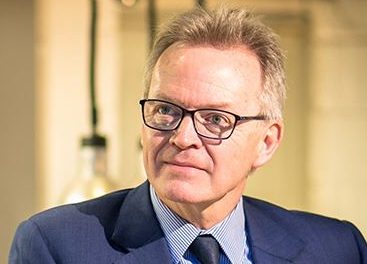 The UK lender has appointed Rothschild’s Nigel Higgins to take over as chairman in May. That signals a defence of CEO Jes Staley’s plan to grow the investment bank despite activist concern. Higgins has picked a good time to join, but that doesn’t mean his job will be easy.

Barclays said on Nov. 1 that Nigel Higgins, the deputy chairman of Rothschild & Co, would succeed John McFarlane as chairman on May 2, 2019 when he retires after serving his four-year term.

Higgins will join Barclays’ board as a non-executive director on March 1, 2019 and take over as chairman in May after the annual shareholder meeting, the bank said in a statement.

"In Nigel Higgins we have found an ideal candidate. He is a hugely respected banker, a strategic thinker, someone with extensive international experience, and he has a strong positive leadership style," said Crawford Gillies, who led the process to appoint a successor to McFarlane.

Barclays, one of Britain's biggest banks, has been subject to radical transformation in recent years.

Since taking over as CEO in December 2015, Jes Staley has pushed an investment banking-led strategy that has drawn criticism from some shareholders and been the target of a campaign by activist investor Edward Bramson.

Bramson's Sherborne Investors holds a 5.4 percent stake in the bank and was in talks with Barclays earlier this year about replacing McFarlane as part of an overhaul, according to a news report by Reuters.