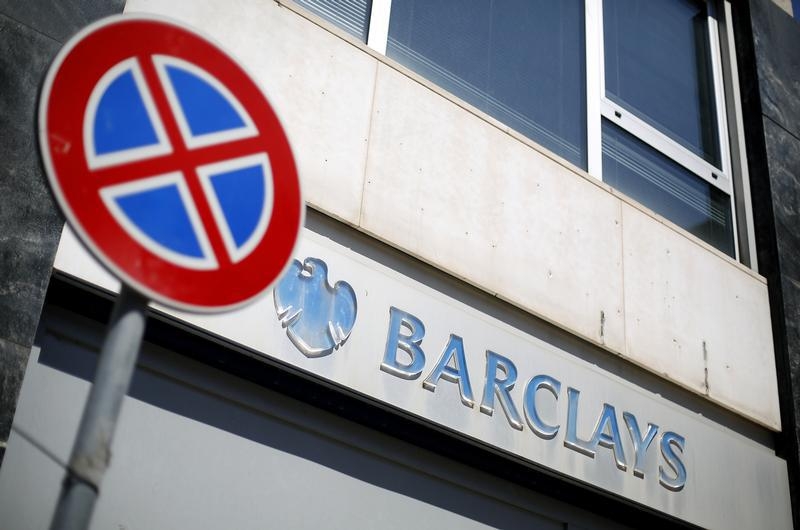 Barclays is once again exposed. In June 2012, the UK bank was the first to settle claims that its staff attempted to fiddle Libor rates. It promptly lost its senior management and a good deal of its reputation. A decision this time round to hang back from an industry settlement for multiple failings in foreign exchange trading is harder to immediately assess. But it probably isn’t good news.

It is possible that Barclays’ delay is procedural. The ostensible reason is that the UK bank wants to coordinate its fines from the U.S. Commodity Futures Trading Commission and the UK Financial Conduct Authority with those meted out by its other regulators in the United States and Hong Kong. Had it so wished, Barclays could have taken similar hits from the FCA and CFTC suffered by UBS, Citi, JPMorgan, Royal Bank of Scotland and HSBC on Nov. 12, according to a person familiar with the situation. That would have been about $618 million to $668 million.

Even if this is the whole story, it’s not good news. By settling early, the other five banks qualified for a 30 percent discount on their true fines. Depending on when Barclays does end up settling, it will save a little or a lot less.

And there’s always the chance that the eventual fine will not only be slightly bigger, but a lot. Unlike the other early settlers, Barclays is regulated by New York’s Department of Financial Services, and its bank-bashing superintendent Benjamin Lawsky. He may simply have wanted more time to finish his investigation. But that could also mean he is readying a bigger penalty.

Holding on just to be rewarded with a bigger penalty is an atypical definition of enhancing value for one’s shareholders. Yet if Lawsky threatened to withdraw Barclays’ New York banking licence – as he is entitled to do – then coughing up more down the line would indeed be the lesser evil. A 2.2 percent share price drop on Nov. 12 suggests investors have twigged that Barclays is striving to minimise an inevitably bigger hit.

A "no parking" road sign is seen in front of a Barclays branch in downtown Rome May 8, 2014. REUTERS/Max Rossi

Barclays opted out of a settlement with five other banks because of complications with its New York regulator, the Department of Financial Services, Reuters reported on Nov. 12.

The UK bank said it had “engaged constructively” with the Financial Conduct Authority and Commodity Futures Trading Commission and considered a settlement with them on terms similar to those agreed by other banks.

“However, after discussions with other regulators and authorities, we have concluded that it is in the interests of the company to seek a more general coordinated settlement,” it said in a statement.

Benjamin Lawsky, DFS superintendent, started an investigation into possible manipulation of currency markets in February. He chose not to coordinate a settlement with other regulators because he viewed those deals as too weak, a person familiar with the regulator told Reuters last week.