Through a glass, Barclays 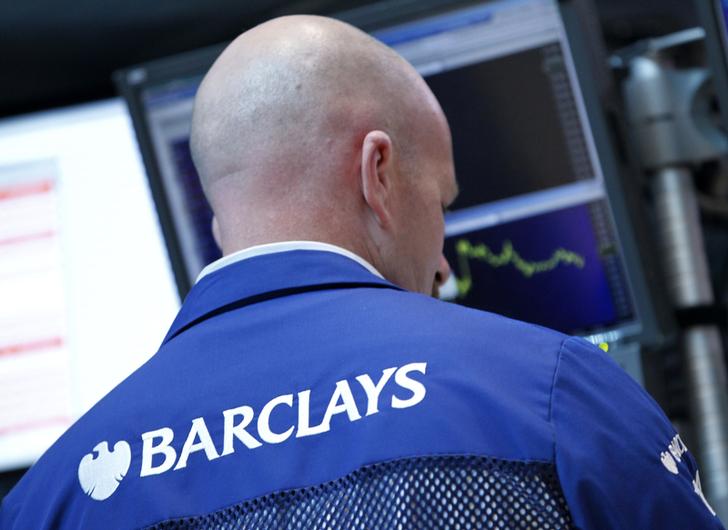 The market’s reaction to accusations that Barclays duped clients in its dark pool reflects more general fears of investment banking. Shares in the UK bank tanked as much as 9 percent on June 26 after New York Attorney General Eric Schneiderman alleged Barclays misled investors by playing down the number of “predatory” high-frequency traders on its private trading platform for equities. Barclays says it takes the allegations “very seriously.”

The ultimate 6.5 percent drop in Barclays shares on Thursday would still imply a big $4 billion hit to the bank’s market capitalisation. Yet LX, as the dark pool is known, almost certainly made a tiny contribution to Barclays’ group 2013 revenue, based on Credit Suisse estimates. Fine inflation is rampant in the United States, as BNP Paribas knows. And Barclays could suffer reputational damage and lose clients. But before Schneiderman lobbed his legal grenade in Barclays’ dark pool, analysts at Credit Suisse reckoned the fines likely to be slapped on the UK lender might be less than $200 million.

Barclays also relies less on equities trading revenue than other banks. Fixed income trading still dominates the investment bank, even after Chief Executive Antony Jenkins’ overhaul of the unit. Equities trading would have accounted for a barely bigger 26 percent of the division’s 2013 revenue, according to Espirito Santo. Meanwhile UBS’ equities trading is about half of the overall investment bank’s top line, and it accounts for close to 40 percent at Credit Suisse.

But the UK bank undoubtedly faced the same pressures as its rivals in equities trading. The growth of commoditised, electronic platforms has made it less profitable. Dark pools may be one of the few lucrative areas left. Barclays succeeded in growing its own into one of the largest in America. LX was second only to Credit Suisse’s Crossfinder for volumes traded in the week commencing May 12, according to the Swiss bank’s research.

The introduction of leverage ratios by regulators may have had the perverse effect of pushing European banks like Barclays to target growth in equities. Because fixed income trading businesses require more capital, and European banks have historically been more leveraged, equities trading has become more attractive. In 2013, European banks increased their share of that market, even as they retreated in fixed income. That’s especially striking given Royal Bank of Scotland exited the business entirely.

Whether or not any bank grabbed market shares by illicit means, Barclays’ run-in is a reminder that the temptation to grow small investment banking businesses can present outsized risks.

Shares in Barclays fell 9 percent to 209 pence on June 26, before recovering to finish the day down 6.5 percent at 219 pence.

The selloff followed a lawsuit filed by New York Attorney General Eric Schneiderman on June 25 that alleged Barclays misled investors by giving the impression via marketing materials and presentations that its alternative equity trading platform – or “dark pool” – had fewer high-frequency traders than it actually had.

Barclays has said it is taking the allegations “very seriously.” A spokesman said: “The integrity of the markets is a top priority of Barclays.”

Barclays must respond within 20 days of Schneiderman filing his lawsuit.