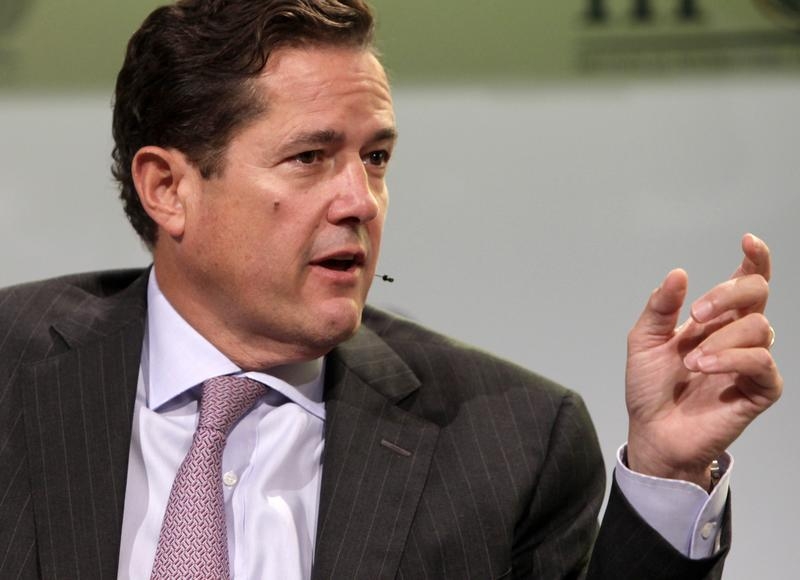 Barclays shareholders are paying a just-about bearable dowry to get their new chief executive early. The UK bank is giving new boss Jes Staley 1.9 million pounds of stock to replace shares in former employer JPMorgan that would have vested in late-January. That’s a non-negligible sum to fork out just to allow Staley to join two months early.

If Staley is really as excited to be joining the UK bank as he suggested in a memo on Oct. 28 to staff, he should have just waived the JPMorgan award. In 2011, his last full year there, he was awarded $16 million, and at Barclays he will receive up to 8.2 million pounds a year: 2.7 million pounds in fixed pay, a potential 2.2 million pound bonus, and 3.3 million pounds from long-term incentive programmes (LTIPs). Leaving the award behind would have struck a blow against these kinds of executive “buyouts”.

Still, buyouts and pay arrangements elsewhere have been more egregious. Bill Winters received 6.5 million pounds when he joined Standard Chartered as chief executive earlier this year. And UBS paid Andrea Orcel $25.8 million to join as co-chief executive of its investment bank in 2012. Overly lax LTIP targets, meanwhile, were largely responsible for the absurd situation in which BG Chief Executive Helge Lund was in line to receive up to 32 million pounds in annual pay after just two months’ work.

Staley is getting no direct payment for leaving hedge fund BlueMountain Capital Management, though he is staying on as a “retired partner”. And his incentives will be aligned with those of Barclays shareholders. A Barclays requirement for executive directors to hold the equivalent of four times their base salary – or $4.8 million for Staley – in the UK bank’s stock until they leave means he will have to keep these shares.

Barclays already has gone almost four months without a chief executive, and many investors will see Staley’s award as reasonable. But the bank’s main challenge as it shifts tack back into investment banking is to show it can do so while controlling costs and making economic returns. By waiving something he was entitled to, Staley could have done more to show he means business.

Barclays on Oct. 28 appointed James “Jes” Staley as its new chief executive, filling a gap left when predecessor Antony Jenkins left the UK bank at the start of July.

Staley will start in his role on Dec. 1 and is to receive a combined 2.7 million pounds in salary, role-based pay and a cash allowance per year. He will also be eligible for a further 2.2 million pounds in bonus annually, if targets are met, and an annual long-term incentive award of up to 3.3 million pounds.

He will also receive 1.93 million pounds of Barclays stock, based on current valuations, to replace unvested shares in former employer JPMorgan.

Staley wrote in a memo to staff that he wanted to have “relationships with regulators that are collaborative, not adversarial”.