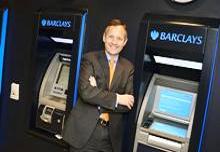 The departures of Rich Ricci and Tom Kalaris will remove two top lieutenants from the Bob Diamond era. New CEO Antony Jenkins had to impose regime change in the investment bank. Now that’s done, he must show he means it when he says the unit is central to the strategy.

or
Request a Free Trial
or
Elliott’s HK exit reflects Asia activist reality
Sign in to your Breakingviews account
If you need assistance please email breakingviews.clientsupport@thomsonreuters.com