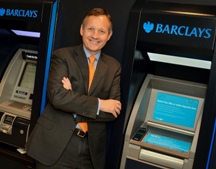 Barclays has taken the first step towards a re-rating of its persistently underperforming shares. New Chief Executive Antony Jenkins set out on Tuesday how the UK bank would move on from the disastrous tenure of previous boss Bob Diamond, which left Barclays as the biggest loser from the Libor-fixing scandal. He’s on the right track – assuming he can carry his employees with him.

Jenkins reckons 36 out of Barclays’ 75 business units are either missing their cost of capital or pose risks to the bank’s reputation. Exiting the latter will mean saying goodbye to high earnings from some capital-light business like the bank’s controversial tax planning unit. Offsetting this, Jenkins will shave 9 percent off current expenses by 2015, with a 3 percent reduction in headcount, and shed 16 percent of group risk-weighted assets. The shrinkage promises to push return on equity above the bank’s 11.5 percent cost of equity, compared to 7.8 percent now.

If that sounds too easy, it is. The projections ignore the challenges facing Barclays’ capital strength. The bank’s Basel III core Tier 1 capital ratio of 8.2 percent is comparatively low. Getting above the industry standard 10 percent by 2015 could require over 5 billion pounds of organic capital generation. Meanwhile, the UK is forcing lenders to ring-fence their investment banking arms. Reconciling these obligations with Barclays’ commitment to raise the dividend payout ratio to 30 percent over time will be hard.

But the biggest swing factor for a re-rating may not be capital, but whether investors, and Diamond’s massed ranks of investment bankers, buy in to Jenkins’ cultural revolution.

The latter appear sceptical, even contemptuous, of signing up to woolly-sounding commitments to be ethical and socially useful. Jenkins’ status as a career retail banker won’t help earn him respect. But Barclays’ ongoing discount has always reflected fears of a big, Libor-style catastrophe around the corner. If investors believe this danger is receding, they may close the gap between Barclays’ 9.1 times price/earnings multiple, and the median of its European banking competitors at 11.4 times.

A rising share price would cement Jenkins’ authority and assuage the grumbling traders. The 6 percent bump on Feb. 12 suggests such a virtuous circle is at least possible.

Barclays unveiled on Feb. 12 a strategic plan that included job cuts this year of 3,700, or 2.6 percent of its global workforce of 140,000. Of that headcount reduction, 1,800 will come from the investment bank, representing a 7.7 percent cut of the division’s 23,300 staff.
Under the plan, the UK bank will cut its risk-weighted assets on a Basel III basis by 75 billion pounds. That will result in the group having RWAs of 440 billion pounds by the end of 2015, once the effect of Basel III rules and a forecast growth in business are factored in. Barclays will also reduce costs by 1.7 billion pounds to 16.8 billion over the same time scale.
Barclays core Tier 1 equity ratio under Basel III stood at 8.2 percent at the start of this year. The bank’s target by the end of 2015 is 10.5 percent.
From 2014, Barclays aims to raise its dividend payouts and increase them eventually to 30 percent of earnings from 19 percent now.
The bank will focus investment in the UK, the United States and Africa, while scaling back its investment banking activities to concentrate on its global rather than local clients in Asia and continental Europe.
By the close, Barclays shares were up 8.6 percent.