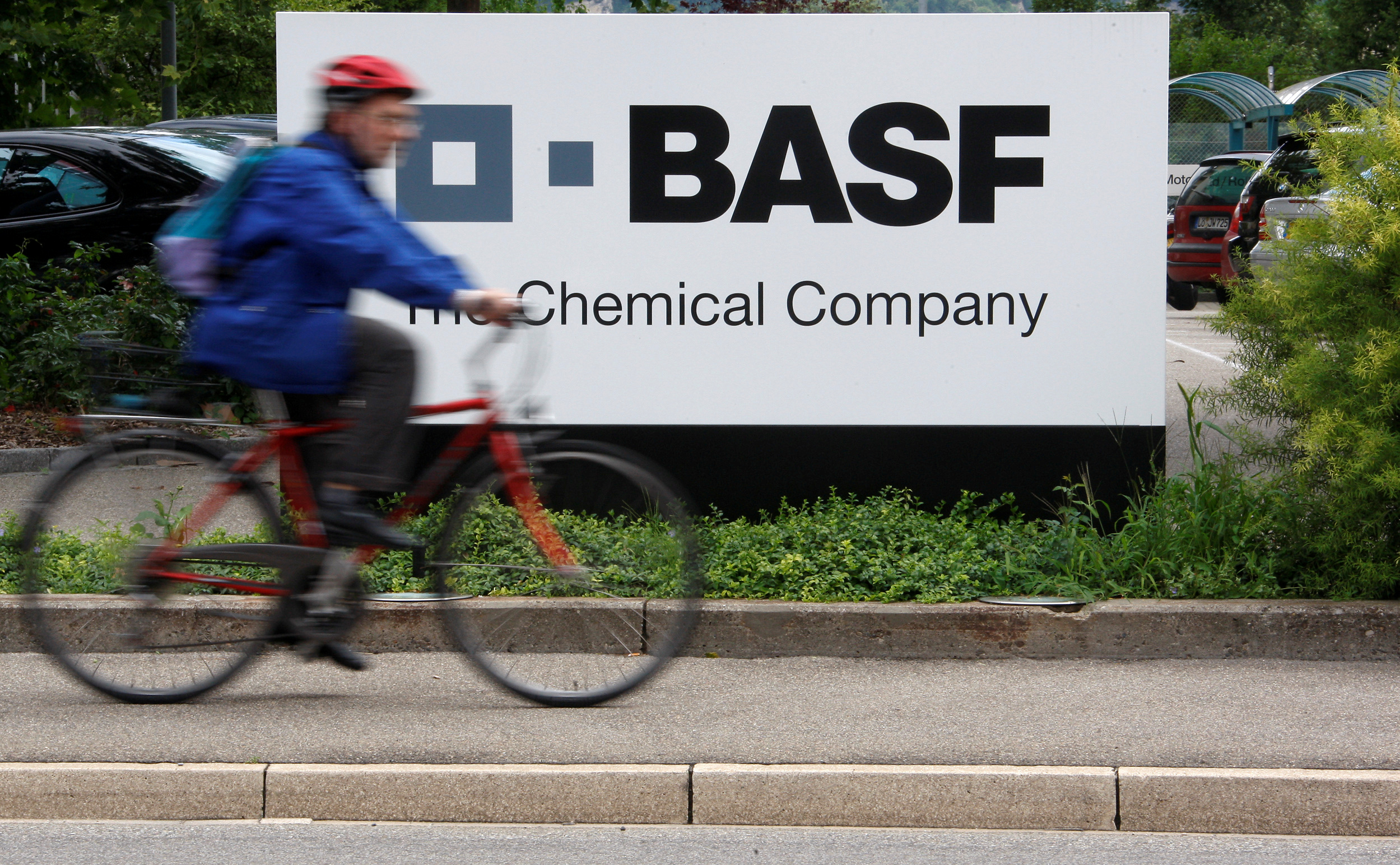 The 55 bln euro chemicals group lost 6% of its market value after a trade-war profit warning. Since results are closely linked to industrial production, it’s odd that the company was valued at a historic premium while the global economy cooled. Peers’ shares will feel the burn.

A cyclist rides his bike past the entrance of the BASF plant and former Ciba production site in Schweizerhalle near Basel, Switzerland, July 7, 2009.

Shares in German chemicals company BASF were down 6% at 0722 GMT on July 9 after the company warned that its adjusted operating profit will drop 30 percent in 2019, blaming a global trade war.