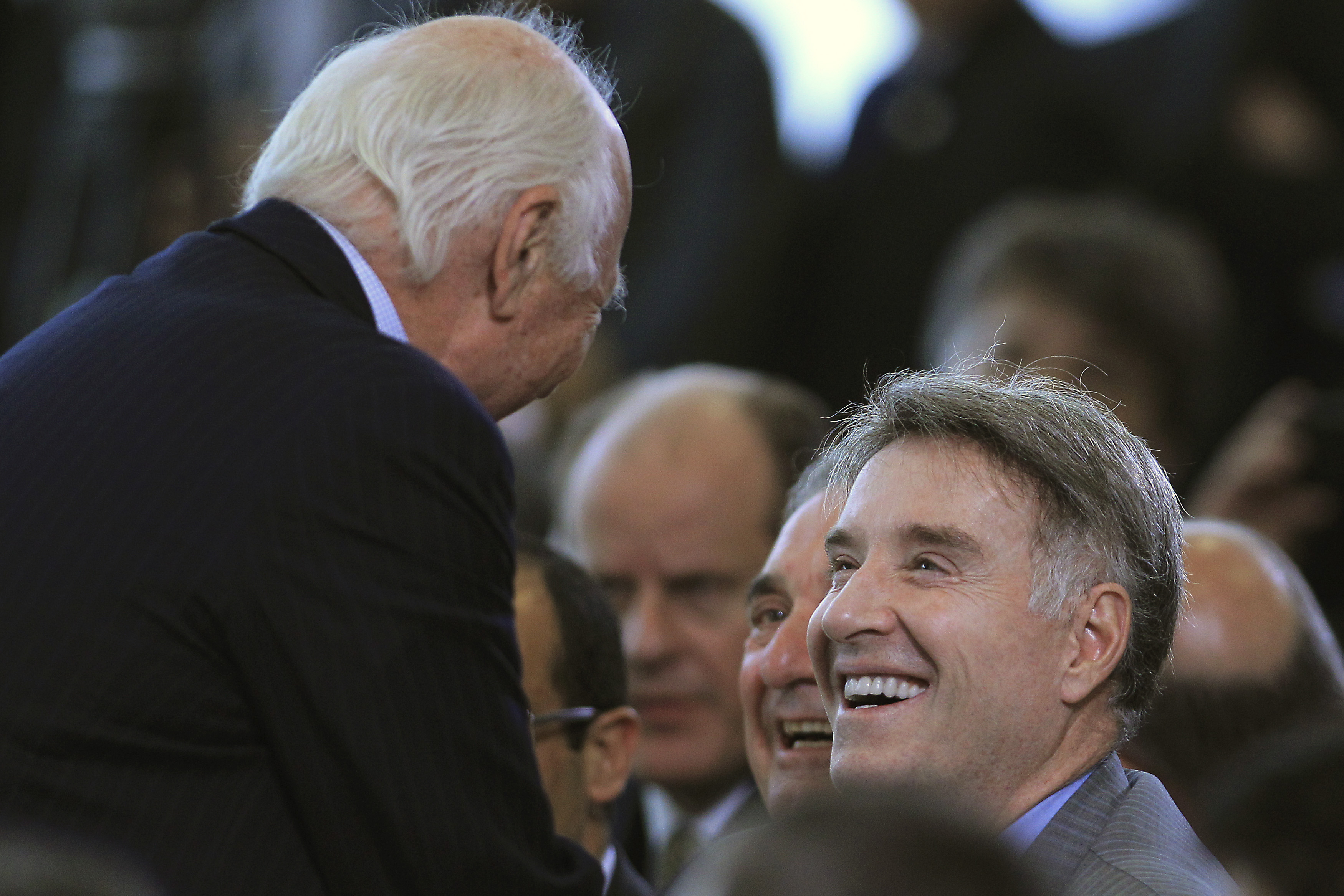 The Brazilian sometime multi-billionaire may now lack the $1 bln pledged to OGX. Other group companies dependent on the oil explorer could suffer as a result. Batista’s interlocking realms, along with Babcock & Brown and other too-smart creations, serve as a warning to investors.

Entrepreneurs Jorge Gerdau Johannpeter (L) and Eike Batista speak to each other during a ceremony for the announcement of a port investment program at the Planalto Palace in Brasilia December 6, 2012. REUTERS/Ueslei Marcelino

OGX Petroleo e Gas said on July 10 that two members of its board were leaving, as the troubled flagship of Brazilian billionaire Eike Batista’s EBX Group has failed to deliver on promised oil production.
Samir Zraick and Luiz do Amaral de França Pereira will no longer be members of its board of directors, OGX said in a statement. The two were listed on the company’s website as independent directors as of July 11.
Batista’s privately-held EBX Group consists of stakes in six publicly listed companies and about seven private companies.
OGX, EBX Group’s oil explorer, had a peak market capitalization of $41 billion in late 2010. It is now worth $846 million. Batista’s publicly listed companies also include oil services equipment maker OSX, port builder LLX, electricity generator and gas explorer MPX, iron ore miner MMX and coal miner CCX.
Batista in October offered OGX a put option on its shares, agreeing to buy up to $1 billion of stock at 6.30 reais ($2.78) a share until April 30, 2014 if the majority of the company’s independent directors determine the capital is needed and more favorable alternatives are not available.
OGX stock is currently trading at 0.58 reais.
EBX’s private businesses include real estate development company REX, technology company SIX, sports entertainment company IMX and airline and railway catering business NRX. Batista also owns a Chinese restaurant chain and an event hosting company.