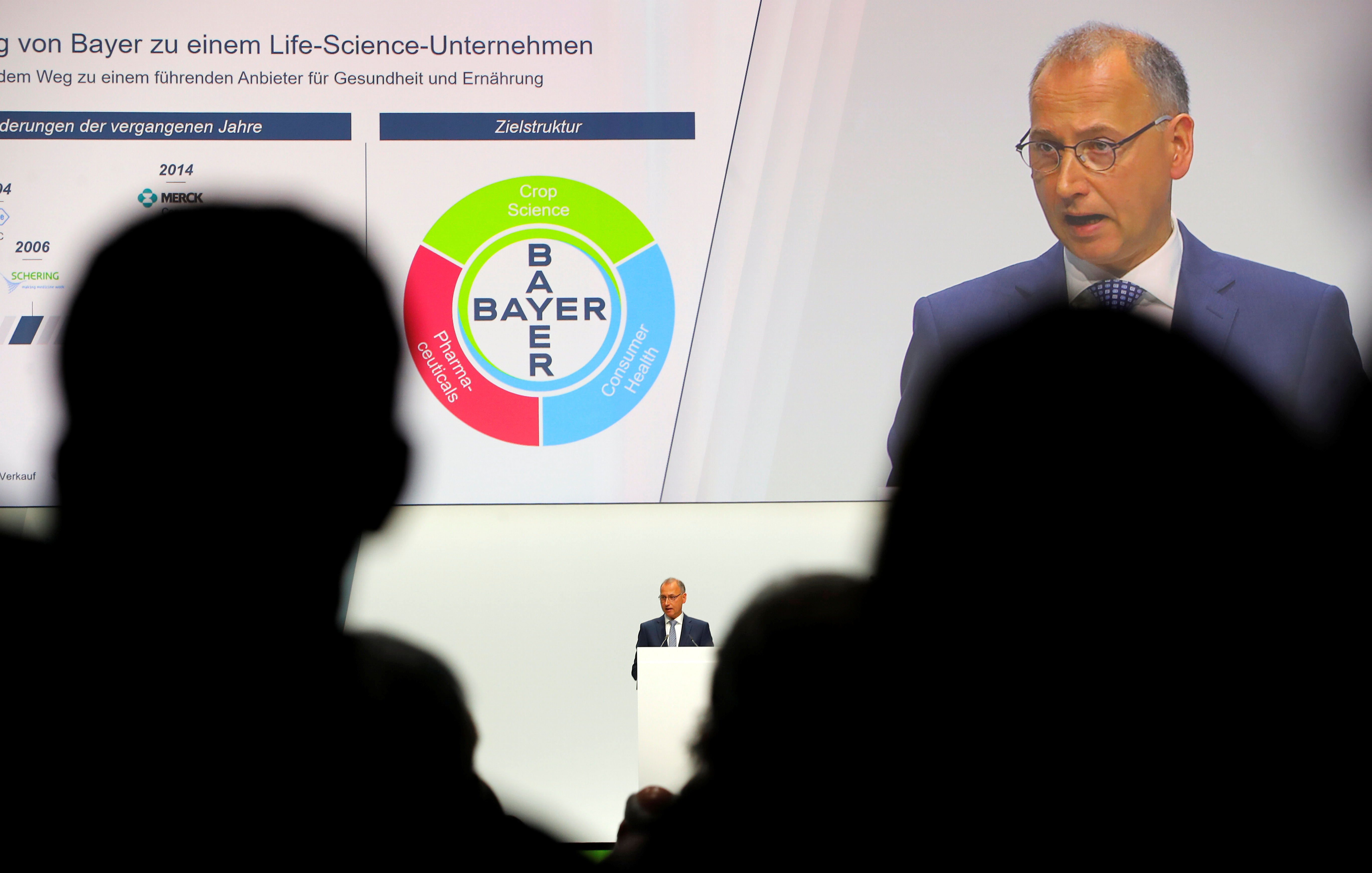 Shareholders cast a vote of disapproval against the German group’s management following cancer-related lawsuits linked to the acquisition of Monsanto. Yet neither side wants a new CEO or strategy. Revamping the board and boss Werner Baumann’s pay might quell the revolt.

Bayer shareholders cast a vote of disapproval on April 26 against the drugs and agrochemical group’s management amid a stock-price slump caused by cancer-related claims at Monsanto, the seeds maker it acquired last year for $63 billion.

A 55.5 percent majority of shareholders at Bayer’s annual general meeting voted against ratifying the executive board’s actions over the last year. The firm’s supervisory board gained only 66.4 percent approval.

Such votes feature prominently at German annual shareholder meetings. They carry no legal weight but are an important gauge of investor sentiment and triggered resignations at Deutsche Bank in 2015.

Despite the vote, three of Bayer’s leading German shareholders spoke out on April 29 against immediate management changes, saying further upheaval would only increase the risk of a breakup.

About 30 billion euros ($33 billion) has been wiped off Bayer’s market value since August, when it suffered its first legal defeat over alleged links between Monsanto’s Roundup weed killer and cancer. Bayer is appealing the ruling.