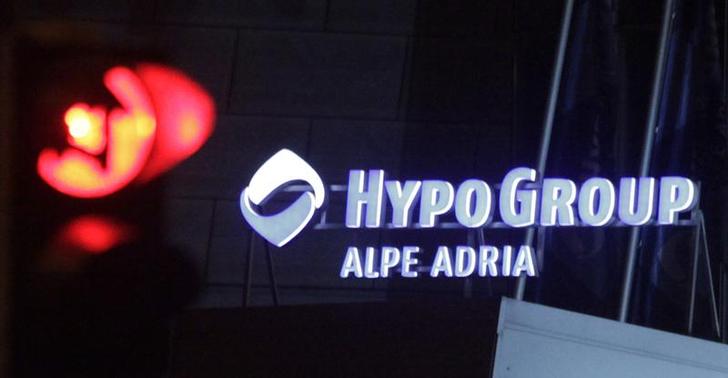 Germany’s No. 2 Landesbank is still haunted by the past, as shown by a 1.2 bln euro impairment on loans to Austrian lender Heta. BayernLB also has yet to repay 2.3 bln euros of state aid. With much cleaning up still to do, plans for national growth look too ambitious.

The logo of the Hypo Group Alpe Adria Bank is pictured at their headquarters in Klagenfurt.

Pretax profit in BayernLB’s core business rose 41 percent to 669 million euros, and the group said it expected the core units to perform similarly in 2015.

The German state of Bavaria owns 75 percent of BayernLB, while the remaining quarter belongs to the Bavarian savings banks or Sparkassen.