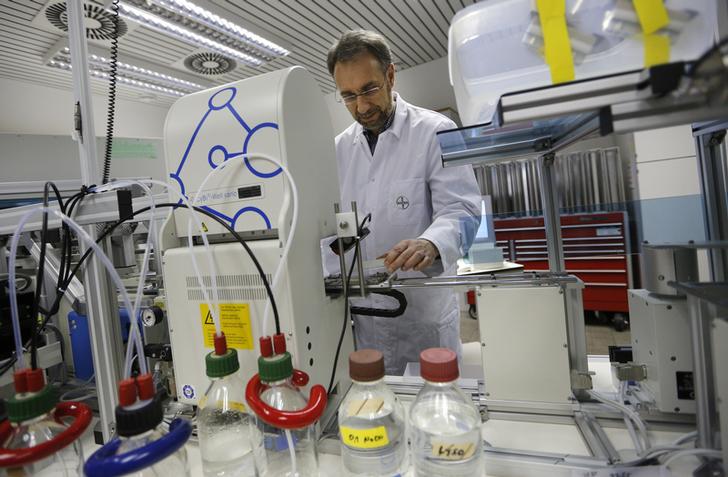 Bayer’s plastic float could sow the seeds for another sale. Investors added more than $5 billion to the German blue-chip’s $114 billion market capitalisation on Sept. 18, after it unveiled plans to float MaterialScience, its capital-intensive plastics and polymers business. Once again, investors are rewarding a company for adopting a sharper focus. A logical follow-up for Bayer Chief Executive Marijn Dekkers would be to quit agrochemicals and create a pure healthcare business.

It’s unclear if this will be a straight spinoff to existing shareholders or a flotation, introducing new owners. Either way, this will be more about market perception than fundamental change to the underlying business. Investors currently prize focus over diversity. That is prompting everyone from miners to media groups and food companies to slim down. In time, the reward should be a richer stock-market valuation, although Bayer already trades on a fairly rich 16.1 times forward earnings.

The low-margin MaterialScience certainly sits oddly within Bayer. It contributed just 12 percent of the parent’s 8.4 billion euros in adjusted EBITDA last year, yet gobbled up 26 percent of capital expenditure and the same share of R&D. This is a cyclical, over-supplied industry, and the unit does not cover its cost of capital. On Bayer’s preferred measure, “cash flow return on investment,” the unit returned 5.5 percent in 2013, against a capital cost of 6.9 percent. Bayer says this should be fixed by 2016.

The exit also continues a wave of portfolio reshuffling by big healthcare groups. Witness GlaxoSmithKline and Novartis’ $23 billion deal to swap assets and team up in consumer products. Bayer itself has just spent $14.2 billion on over-the-counter remedies from Merck & Co.

Bayer’s transformation is a long-term project: it is already a decade since it spun off speciality chemicals to form Lanxess. There could be more to come. Bayer could bulk up in veterinary drugs, for example. And with plastics gone, it is harder to see why CropScience, a pesticides and seeds business valued by Jefferies at 26 billion euros, should stay. This is more closely linked to Bayer’s healthcare business than MaterialScience. Still, the positive market reaction to the plastic parting could help catalyse further change.

An employee monitors the high-throughput screening of substances at the Pharma Research Center of Bayer HealthCare in Wuppertal February 24, 2014.

Bayer plans to float its MaterialScience unit and focus wholly on life sciences, the German company said on Sept 18. The news sent Bayer shares to a record high.

Analyst estimates for the enterprise value of the plastics business vary from about 8 to 12 billion euros ($10.3 to $15.4 billion).

Bayer MaterialScience is among the world’s biggest makers of polyurethanes and polycarbonates, products used to make cars, buildings, furniture and other chemicals. It accounted for 29 percent of Bayer’s 2013 sales and 12 percent of adjusted EBITDA.

In May, Bayer agreed to buy Merck & Co Inc’s consumer care business, a collection of non-prescription products such as cold treatments and laxatives, for $14.2 billion.