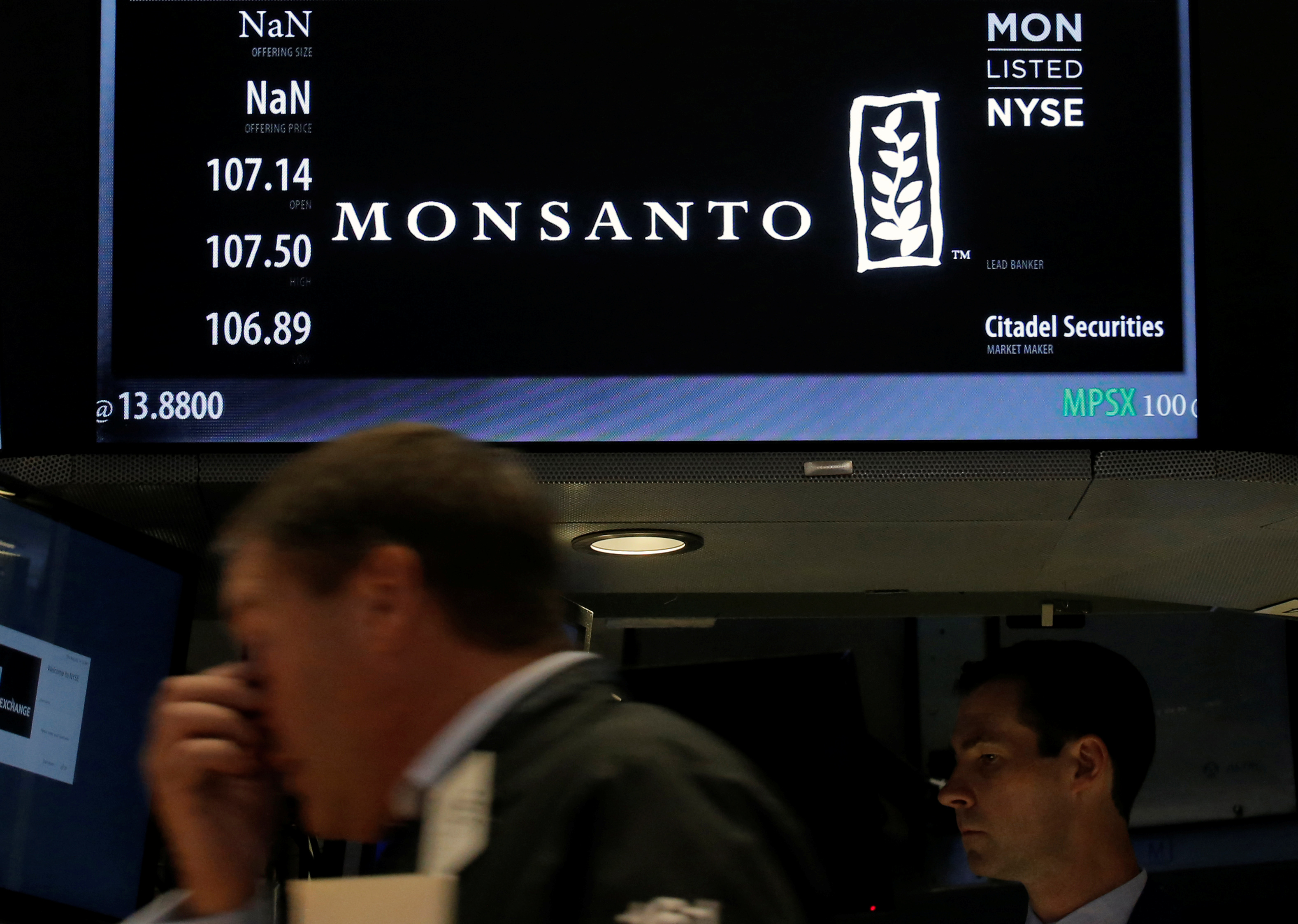 Bayer is so intent on being the world’s biggest agricultural supplier that it long ago forgot about creating value for its own investors. The German pharmaceutical group raised its takeover approach to Monsanto to $127.50 per share on Sept. 6, marking its third attempt at taking over the U.S. seed maker. Hugh Grant, Monsanto’s boss, must realise by now that the tendrils are closing around him.

At $65 billion including debt, Bayer’s offer is generous to a fault. A 41 percent premium to Monsanto’s pre-approach share price, it’s also equivalent to 16 times forecast EBITDA for 2017 after including Monsanto’s net debt, the same as what rival Syngenta accepted from Chinese suitor ChemChina. All this for a company that missed consensus earnings forecasts for the past two quarters.

Monsanto’s confidence may rest on one thing that’s clearly in its favour: a buyer seemingly untroubled by questions of financial sense. The return on Bayer’s investment looks lacklustre. Tax the $1.5 billion of synergies Bayer hopes to generate from a merger, add it to the $2.9 billion of taxed annual operating profit analysts expect Monsanto to earn three years from now, and the return on its $65 billion outlay would be a flimsy 6.1 percent.

With its investors already braced for value destruction, Bayer might as well stretch a bit further if pushed. An offer of $130 per share, equivalent to a further 2 percent bump, would be the kind of round number Monsanto could show off as a job well done. It would, though, be an extra $1.1 billion of value transferred away from Bayer shareholders, whose stock has shed $7.7 billion since the tie-up was first reported on May 12. Grant’s tough approach is admirable, but he is already pushing his luck.

A trader works at the post where Monsanto Co. is traded on the floor of the New York Stock Exchange (NYSE) in New York City, U.S., August 25, 2016. REUTERS/Brendan McDermid - RTX2N1RK

Bayer said it is prepared to offer $127.50 per share to buy U.S. seed maker Monsanto, a 2 percent increase on an earlier $125 per share offer. Including net debt, that would value Monsanto at $65 billion.

The German pharmaceuticals and crop protection company has been granted access to Monsanto’s books to conduct due diligence, sources familiar with the matter told Reuters on Sept. 6.

Bayer had earlier offered $125 per share in cash on July 1, and on July 14 announced it would pay Monsanto a $1.5 billion break fee if antitrust concerns nixed a tie-up. The German group originally made an all-cash offer of $122 per share on May 23, which Monsanto rejected.