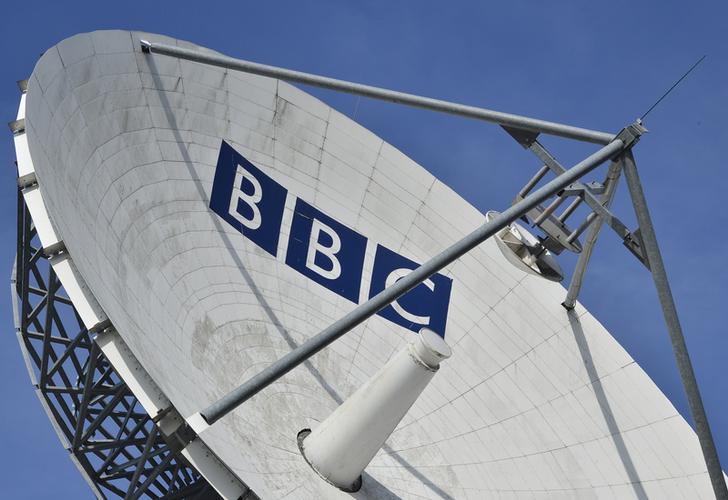 A satellite transmission dish is seen near BBC Television Centre at White City in London.

The BBC proposed on Sept. 7 to put in place a network of 100 public service reporters across the United Kingdom, funded by the licence fee paid by UK citizens.

The journalists would report on councils, courts and public services in towns and cities. Their reporting would be available to the BBC but also to “reputable” news organisations. While the service would have to reflect the public broadcaster’s impartial values, any news organisation could compete to win the contract to provide the reporting team for each area.

The News Media Association, which represents local journalist company interests, welcomed the BBC’s recognition of the need to “cooperate and not colonise”.

However, it also said the move could mean BBC expansion into local news provision and recruitment of more BBC local journalists through the back door.