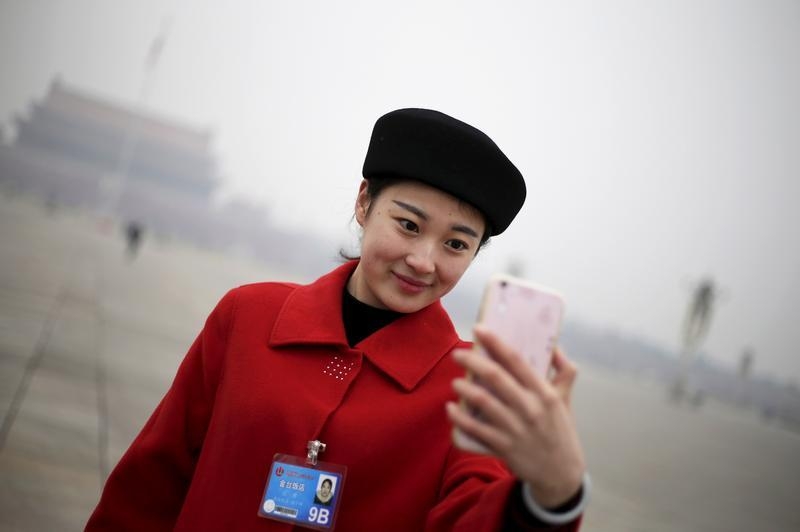 Millions of young Chinese use Meitu to airbrush pictures, whitening their skin or applying virtual makeup. But the company is basically a small smartphone business made up to look like a big Internet player. A $700 mln Hong Kong IPO should be seen through a sceptical lens.

A hostess takes a selfie near the Great Hall of the People before a meeting ahead of Saturday's opening ceremony of the National People's Congress (NPC), in Beijing, China March 4, 2016. REUTERS/Jason Lee - RTS984R

Meitu's first-half losses widened as, in keeping with accounting norms, the Chinese photo app maker booked losses for a jump in the value of shares issued to investors ahead of a planned initial public offering, the company's listing documents showed.

The company is planning to raise up to $700 million in the Hong Kong IPO, according to a report by IFR, a Thomson Reuters publication.

Losses for all of 2015 reached 2.22 billion yuan, versus 1.77 billion yuan of losses in 2014, according to a preliminary IPO document posted on the Hong Kong stock exchange on Aug. 22.