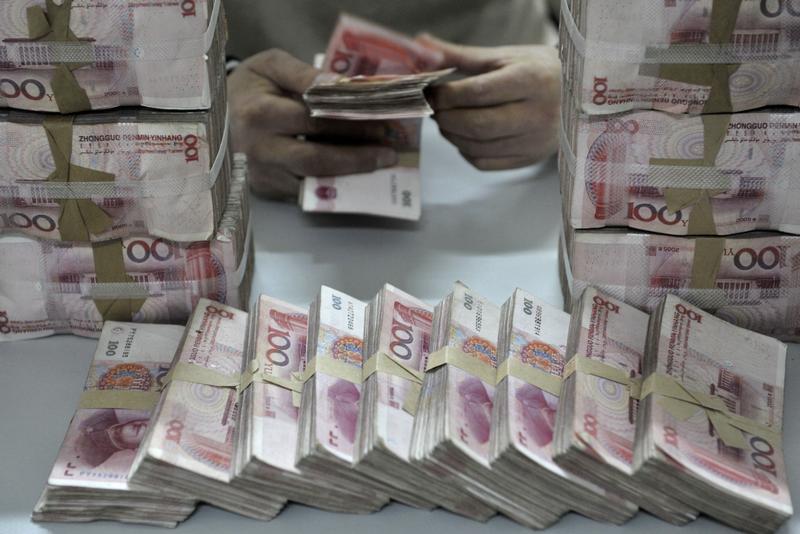 Having spent years fighting off capital outflows, China is getting worried about inflows into a runaway yuan. Excessive currency strength could hurt exports and complicate deleveraging. Capping the rally without confusing the market will be quite a trick.

An accountant counts Renminbi banknotes after withdrawing cash for his real estate company from a branch of Industrial and Commercial Bank of China in Shenyang, Liaoning province November 27, 2008. China will stick to its present currency policy, the country's top economic planner said on Thursday. REUTERS/Stringer (CHINA). CHINA OUT. NO COMMERCIAL OR EDITORIAL SALES IN CHINA. - GM1E4BR0YCM01

China's yuan has strengthened 7.5 percent against the dollar this year, more than erasing the 6.5 percent loss posted in 2016. Last week it passed a key 6.5 per dollar level for the first time since May 2016.

Chinese policymakers are beginning to worry about the rallying yuan as exporters come under strain, Reuters reported on Sept. 8, citing policy insiders.

The country's exports rose by 5.5 percent from a year earlier in August, below market expectations.

The central bank plans to scrap reserve requirements for financial institutions settling foreign exchange forward yuan positions with effect from Sept. 11, four sources with direct knowledge of the matter told Reuters. These requirements were previously put into place to discourage traders from taking short positions against the yuan.

The central bank has also begun to set the daily guidance rate in a weaker position than indicated by other market movements, indicating it may be trying to dampen further strengthening.