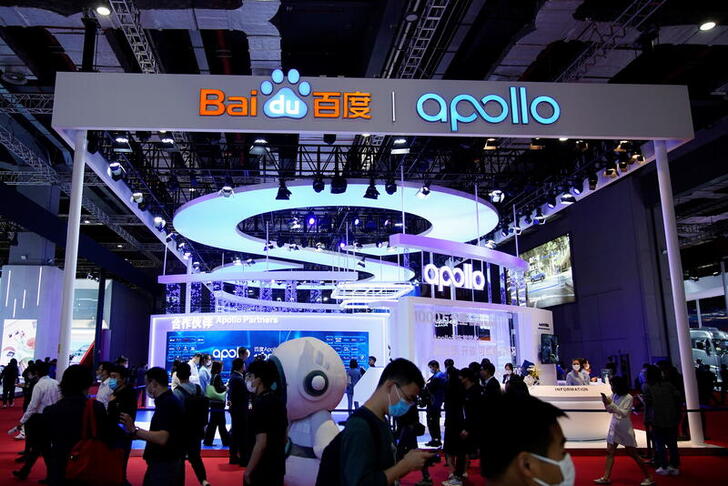 Against all odds, Baidu is in position to regain some mojo. Even though the search-engine operator hasn’t obviously been targeted in China’s sweeping crackdown of the technology industry, it has lost about half its market value over the last six months. Steady progress is being made in new areas, however, and Beijing’s policy initiatives should actually help provide momentum.

China’s once-promising answer to Google wilted into something more like Yahoo. Despite its dominance in web searching, $56 billion Baidu fell behind peers in mobile and squandered opportunities in financial technology and more. Efforts to diversify have delivered mixed results. Self-driving cars seemed like a moonshot.

That’s starting to change for boss Robin Li. President Xi Jinping’s far-reaching restrictions on everything from e-commerce to video-games have put Alibaba, Tencent and other internet titans on the back foot. Baidu’s search monopoly and vast troves of data have yet to be singled out.

In search, there isn’t enough competition for it to resort to twisting customers’ arms – the practice now irking Beijing – and it lags peers such as ByteDance in online ads. Where sensitive data is concerned, Baidu is forging deeper official ties, including in transportation and infrastructure projects across 20 cities.

To achieve that milestone, average annual growth in such businesses will need to accelerate to 70%, China Renaissance analysts estimate. Government subsidies and contracts could help. Baidu executives are expecting incentives and special tax treatment for so-called new-economy sectors, including AI.

After rebounding in 2020, Baidu’s shares have roughly halved since February amid the regulatory firestorm. They now fetch 16 times next year’s expected earnings, below a five-year average of over 20 times. The risks are clearly high for any Chinese tech company right now, but Baidu is worth including in any investor search.

Chinese search-engine operator Baidu swung to a net loss of 583 million yuan ($90 million) in the quarter ending June 30 from a 3.6 billion yuan profit a year earlier as revenue increased 20% to 31.4 billion yuan, the company said on Aug. 12.

Visitors walk past the booth of Baidu's Apollo autonomous driving system during a media day for the Auto Shanghai show in Shanghai, China April 19, 2021.

Chinese search-engine operator Baidu swung to a net loss of 583 million yuan ($90 million) in the quarter ending June 30 from a 3.6 billion yuan profit a year earlier as revenue increased 20% to 31.4 billion yuan, the company said on Aug. 12.