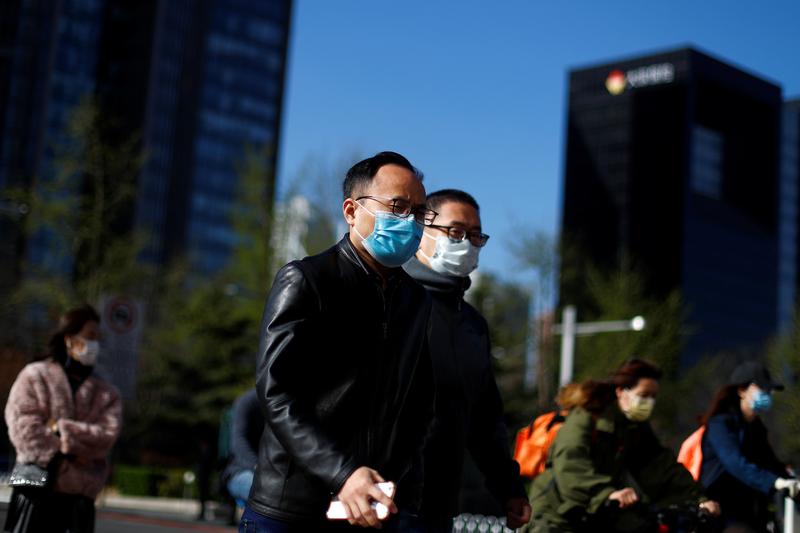 China may be hoping an illusion of economic recovery will inspire the real thing. Local officials and state media are portraying a China hurrying back to work. That’s understandable: reassuring consumers is critical to supporting domestic demand as exports crash. But this rosy picture is deliberately blurred.

Beijing gets deserved flak for massaging statistics like GDP, foreign direct investment, and unemployment, which many consider more aspirational than descriptive. But the National Bureau of Statistics did not appear to brush up performance indicators for January and February, which were uniformly grim.

That set a very low base against which to measure a comeback. The official manufacturing purchasing managers index, for example, leaped out of sharp contraction back into expansion in March, startling economists.

But more pain is on the way as overseas markets lock down, putting some $2.5 trillion in annual exports at risk. The People’s Republic must rely more heavily on investment and consumption to hold things together. Unfortunately, anxious people aren’t big spenders; they reasonably worry cases might resurge, as in Hong Kong, and they worry about the stability of employment.

To address this insecurity, officials are pushing an alternative line of statistics that imply prosperity is just around the corner. On March 25, for example, the official Xinhua News Service claimed 88% of key agricultural enterprises had “restarted business”, that construction on 89% of key infrastructure projects had resumed, and that electricity usage had revived to 90% of pre-outbreak levels for industries like electronics and pharmaceuticals.

Unfortunately “restarting business” is vaguely defined. Local business publication Caixin reported in early March that many companies, pushed to restart manufacturing by officials, have turned on lights and machinery to simulate resumption – which means signs of revived energy consumption may be unreliable. Some suspect officials are under-reporting new cases for propaganda purposes. The central government itself does not seem sanguine. Movie theatres were ordered to close again on March 27 after hundreds reopened, a few days after Premier Li Keqiang warned bureaucrats not to cover up infections.

Officials are doing their best to revive sentiment while preserving credibility. But outsiders must be more discerning than ever reading the economic tea leaves.

People wear masks as they head to work during morning rush hour, amid the outbreak of coronavirus disease (COVID-19), in the central business district in Beijing, China, April 2, 2020.

The U.S. Central Intelligence Agency has been warning the White House since early February that China has significantly understated its coronavirus infections, the New York Times reported on April 2, citing current and former intelligence officials.

On March 23 Premier Li Keqiang warned local officials not to cover up new infections as Chinese provinces began to ease quarantines. The government has reported a sharp slowdown in domestic contagion, with most new cases being imported by infected citizens returning from abroad.