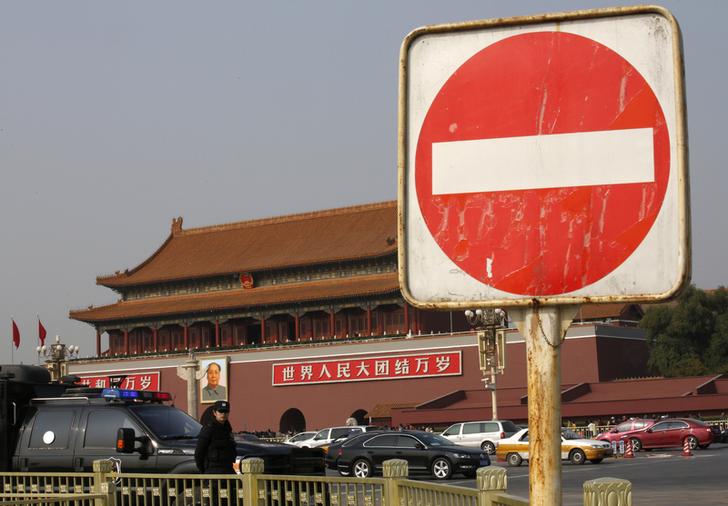 China will seek its own GE-Honeywell moment in 2014. European regulators asserted their growing power over global competition when they blocked the merger of the two U.S. industrial companies in 2001. Beijing’s antitrust watchdog is already giving increasing scrutiny to tie-ups even when both companies are foreign. The desire to show its economic might could see it block a deal outright.

After studying the European Union’s model, China revamped its own competition rules in 2008, giving the Ministry of Commerce the power to weigh in on domestic and foreign deals. The regulator can rule on any transaction where the parties each have more than 400 million yuan ($66 million) of Chinese revenue and combined sales are greater than 2 billion yuan in China or 10 billion yuan worldwide.

Of the over 700 filings that MOFCOM received since 2008, just 21 were subject to an in-depth review. But those investigations are taking longer. Before 2012, the average period from submission to decision was 172 days. That has risen to 309 days for more recent deals. China studied the $35 billion merger between miners Glencore and Xstrata for over a year, forcing the deal to be repeatedly pushed back.

So far, MOFCOM has only rejected one deal outright: Coca-Cola’s 2008 attempt to purchase Chinese juice-maker Huiyuan. But it has imposed far-reaching conditions. Glencore Xstrata was forced to sell its Peruvian copper project and guarantee future supply of various metals. MOFCOM’s broad legal remit for “improving China’s macro-economy” allows it to make decisions for more overt political reasoning than EU or U.S. regulators.

That could eventually prompt Beijing to deliver a big “no” against two non-Chinese firms. The rationale could be safeguarding industries China hopes to dominate, such as network equipment or mobile phones. Or it could focus on industries the country sees as important, such as commodities or pharmaceuticals.

Beijing may not even have to dig for an argument itself. Opposition to the GE-Honeywell deal was partly fuelled by lobbying from rival United Technologies. In 2014, opponents to a merger will increasingly take their grievances to Beijing.

A sign is seen next to a policeman of the Special Weapons and Tactics (SWAT) team standing guard in front of the giant portrait of Chinese late Chairman Mao Zedong, on Tiananmen Square in Beijing October 30, 2013.

In 2013, MOFCOM was the final antitrust regulator to grant required approval to a $35 billion merger between U.S. companies Glencore and miner Xstrata, forcing the sale of a Peruvian copper mine in order to gain an okay. Lengthy negotiations with MOFCOM delayed the merger for months.

MOFCOM’s longest review was for the $3.8 billion merger of Taiwanese chipmakers MediaTek and MStar Semiconductor, lasting 417 days from submission to decision in August 2013.