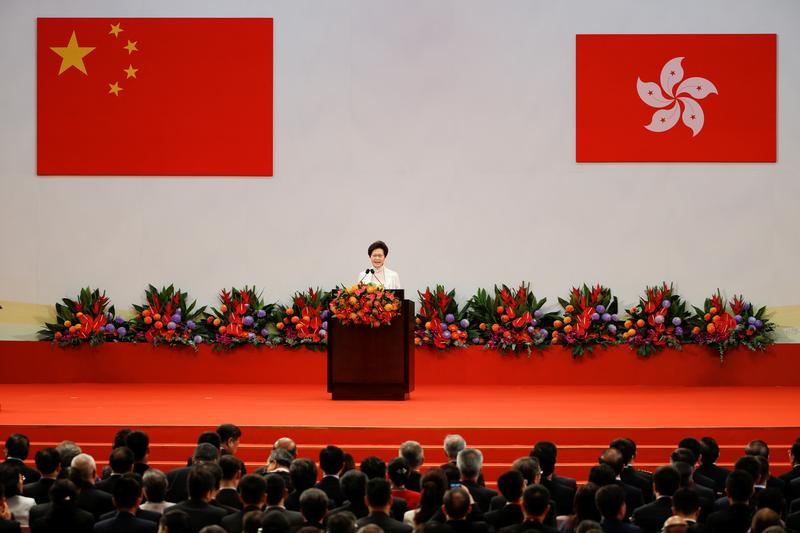 Carrie Lam has suspended a bill that would have allowed extradition to the mainland, backing down after protests rocked the city she leads. It’s a defeat for her, and leaves egg on the central government’s face. But for China, Hong Kong’s economic utility trumps political control.

Hong Kong Chief Executive Carrie Lam speaks during her swearing in ceremony on the 20th anniversary of the city's handover from British to Chinese rule, in Hong Kong, China, July 1, 2017. REUTERS/Bobby Yip - RC121A50D6D0

Carrie Lam, chief executive of the region's government, announced in a press conference on June 15 she would pause her effort to pass a bill that would allow extradition of criminal suspects from Hong Kong to jurisdictions including Taiwan, Macau and mainland China.

The proposal has sparked widespread protests in the financial centre, including a massive peaceful march on June 9 when hundreds of thousands took to the streets, many calling for Carrie Lam's ouster. Clashes with police followed on a second protest, on June 12.

Beijing officials in charge of relations with the special administrative region met in the adjacent mainland city of Shenzhen in recent days to seek resolution to the crisis, the South China Morning Post reported on June 15, citing sources.