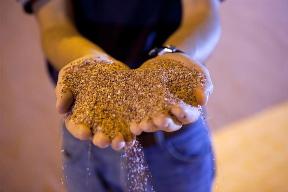 Before the arrest of a top Russian fertiliser executive in Belarus this week, there was a slim chance that two of the world’s biggest potash producers might revive their alliance setting the prices of the soil nutrient. The ensuing diplomatic bust-up between Minsk and Moscow now makes reconciliation unlikely. Farmers and consumers will benefit from lower potash prices.

Belarus misjudged how Russia would react to its detention of Uralkali Chief Executive Vladislav Baumgertner on Aug. 26. The police swoop came a few weeks after the Russian producer said it would stop selling potash through the Belarusian Potash Company (BPC), a marketing joint venture with Belarus’ Belaruskali. BPC is chaired by Baumgertner and accounts for about 40 percent of the global potash market. Together with Canpotex, a North American producers’ alliance, it effectively sets global prices for the fertilizer ingredient.

Russia’s response was sharp. Suleiman Kerimov, the biggest shareholder in Uralkali, passes for a Putin ally. Moscow ordered Russian oil supplies to landlocked Belarus to be cut by a quarter – a significant hit in a county where refineries depend on Russian crude. And the Belarusian ambassador was summoned for a dressing down.

That makes for colourful politics, but investors should care about what it means for the industry. When Uralkali announced its plan to go around BPC a month ago, there was a feeling the move might be a feint designed to discourage BHP Billiton, a big miner, from investing in a giant new potash project. Uralkali kept the door open to future cooperation. But BHP decided to keep investing and now the ill will generated by Baumgertner’s arrest and the resulting tit-for-tat means the producers’ rift could be permanent.

If that’s right, potash prices will crash. Uralkali has indicated that the price could fall from $400 a tonne to closer to $300 this year. Shares of K+S, a higher-cost German producer, have only fallen about 3.3 percent this week, suggesting that a good deal of the pain may already be reflected in stock prices. But farmers and shoppers will still have reason to celebrate if a potash price war brings cheaper food at the expense of cartel profits.

Mill manager Josh Wheeler examines a pile of processed potash at the Mosaic Potash Colonsay mine storage facility in Colonsay, Saskatchewan. Mosaic’s planned split off of Cargill’s 64% stake is moving ahead with the filing of a registration statement last week to facilitate the initial portion of the sell-down.

Russia has responded to Belarus’ arrest of a top Russian fertiliser company executive by cutting its supplies of crude oil and restricting imports of hogs and pork products from its landlocked neighbour.
Moscow demands the release of Vladislav Baumgertner, the chief executive of Uralkali, Russia’s leading potash producer, who was arrested in Minsk on Aug. 26 amid a row over the Russian group’s decision to withdraw from a marketing alliance with Belaruskali, the local potash miner.
The two companies together account for about 40 percent of the global potash market. Together with Canpotex, a North American producers’ alliance, they effectively set prices for the key soil nutrient. Global potash miners’ shares fell sharply last month after Uralkali announced its decision to abandon the cartel.