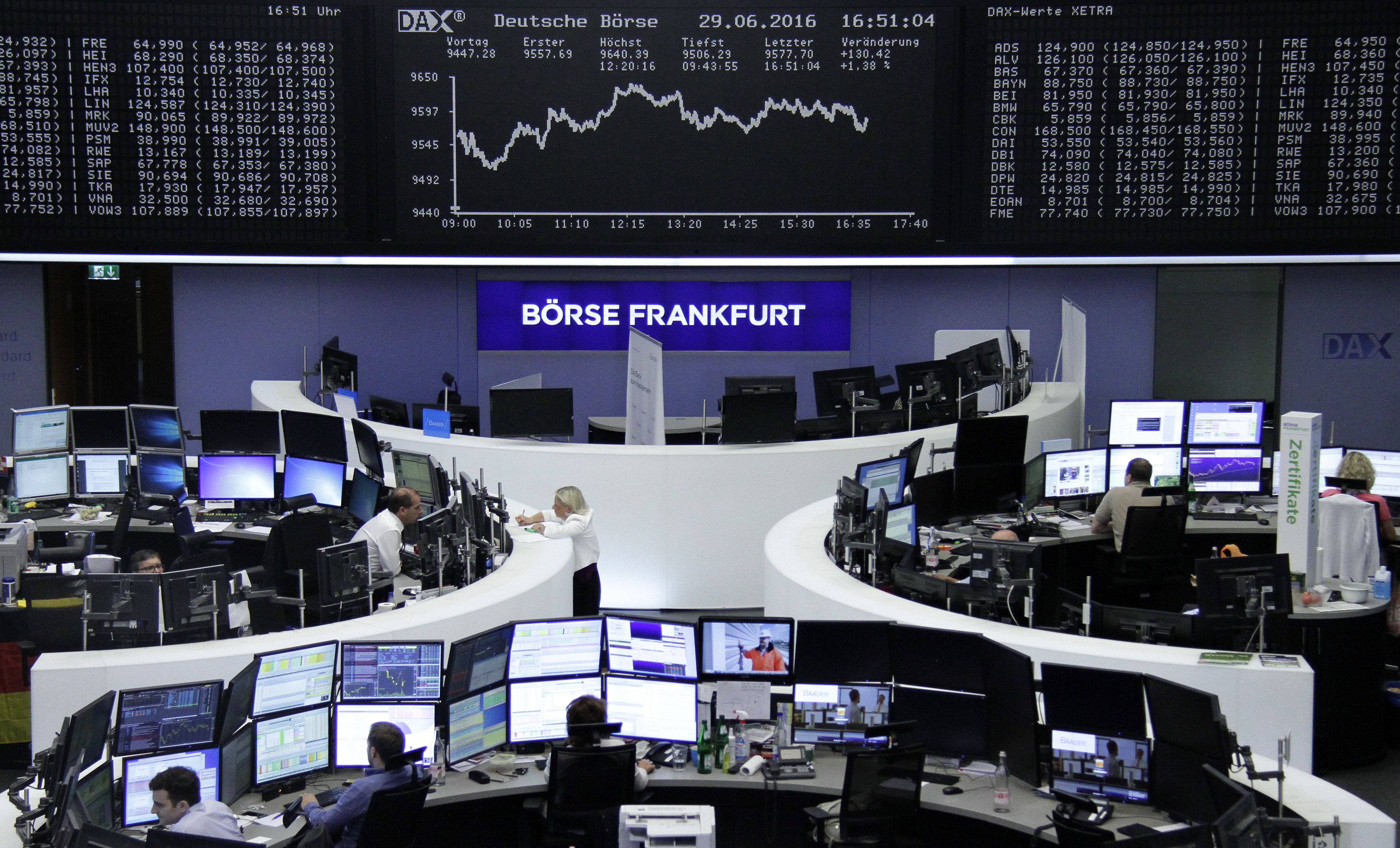 UK markets, like the Roman god Janus, have two faces. A week on from Britain’s vote to leave the European Union, equity markets present a view that things won’t be too much worse than the past. Falling government bond yields point to a bleaker future. The pessimistic thesis has more going for it.

The smart rebound in the blue-chip FTSE 100 Index, which has now surpassed its June 23 referendum day close, has a lot to do with sterling’s slump, since about three-quarters of constituent companies’ revenue is earned overseas. Still, even the FTSE 250 Index of mid-caps, which is more domestically focused, has rebounded 7 percent from post-vote lows, though it is still nearly 8 percent lower than the ballot day close. Perhaps equity investors hope Britain will retain access to the EU single market and that its economy will prove relatively resilient.

Debt investors are taking a different view. Yields on gilts maturing between 10 and 30 years from now have hit record lows in the past week, falling more sharply than German or U.S. bonds, even though these assets have benefited from safe-haven flows. Gilt outperformance is driven by expectations that the EU vote will inflict enough damage on the UK economy to force Bank of England Governor Mark Carney to ease monetary policy anew. A rate cut before the end of the year is almost a certainty, and there’s a roughly even chance of a move by August, if money-market prices are to be believed.

Until hard economic data shows which asset class is right, anecdotal evidence and sentiment surveys will have to suffice. What little there is so far supports the bond market’s view. For example, an index of UK consumer confidence fell sharply after the vote, with four days of uncertainty wiping out all the gains made in the past three years, a YouGov/CEBR survey showed on June 30. It will take time for more considered views to emerge, but sterling’s slide could boost inflation at exactly the time that households are worried their jobs and wage rises may be in danger. Debt investors’ gloom is probably more apposite.

Confidence among British consumers fell sharply in the days after the country decided to leave the European Union, according to a survey published on June 30.

The YouGov/CEBR Consumer Confidence Index, which measures people's economic sentiment on a daily basis, slumped to its lowest since May 2013, when Britain’s economy was just starting to emerge from its post-financial crisis sluggishness.

Traders work at their desks in front of the German share price index, DAX board, at the stock exchange in Frankfurt, Germany, June 29, 2016. REUTERS/Staff/Remote - RTX2IVQO

Confidence among British consumers fell sharply in the days after the country decided to leave the European Union, according to a survey published on June 30.

The YouGov/CEBR Consumer Confidence Index, which measures people's economic sentiment on a daily basis, slumped to its lowest since May 2013, when Britain’s economy was just starting to emerge from its post-financial crisis sluggishness.