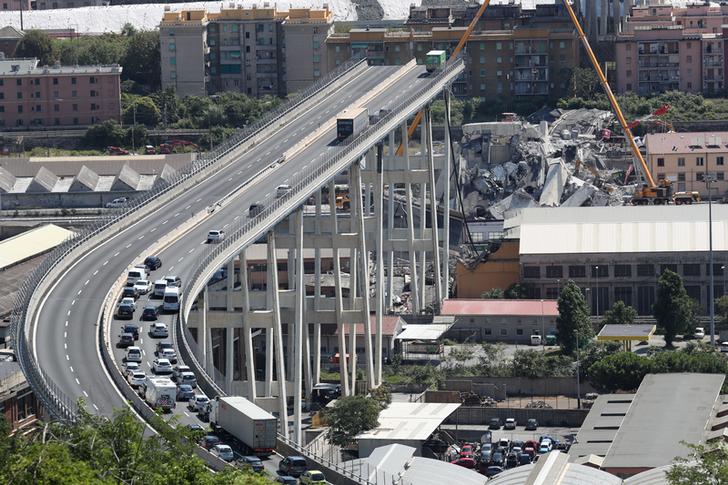 Premier Giuseppe Conte wants the family to exit their motorway unit to end a dispute over a collapsed bridge. A cut-price deal would shrink indebted owner Atlantia’s EBITDA by nearly a third. But failure to comply would likely cost the 10 bln euro group its Italian concession.

The collapsed Morandi Bridge is seen in the Italian port city of Genoa, Italy August 16, 2018.

Infrastructure group Atlantia, 30%-owned by the Benetton family, offered concessions to the Italian government in a bid to retain its contested motorway licence due to expire in 2038, Italian newspapers reported on July 12.

The government has threatened to pull the licence, which covers nearly 3,000 Italian motorways, following the 2018 collapse of a Genoa viaduct that killed 43 people.

Atlantia, which owns 88% of motorway operator Autostrade per l’Italia, offered to cut its stake in the unit to below 50% as part of a broad compromise.