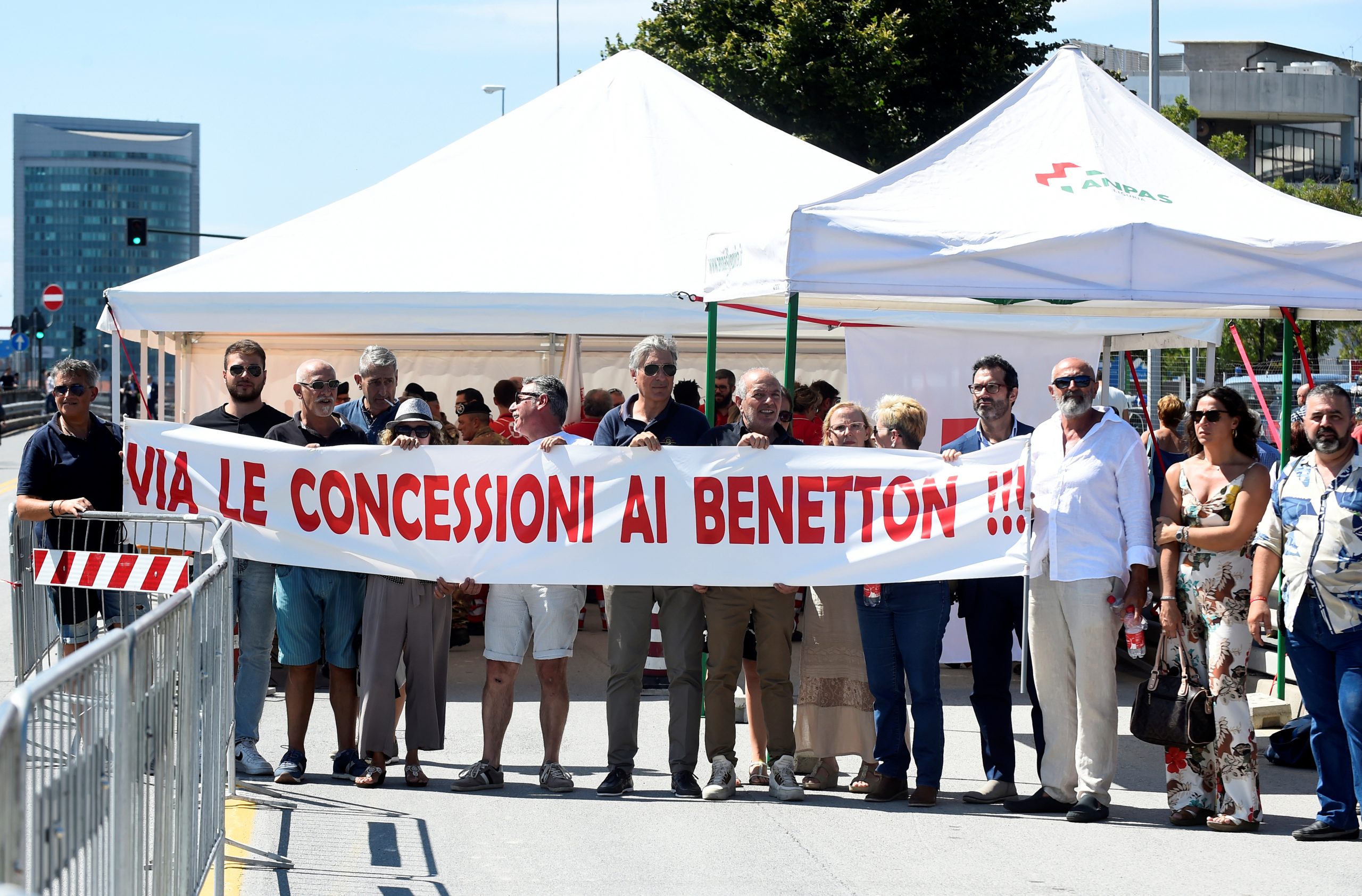 Motorway operator Atlantia, part-owned by the Italian dynasty, is haggling with the government over toll fees following a 2018 bridge collapse. Betting that the fragile executive won’t cancel its concession could backfire. Besides, the $20 bln group can afford Rome’s demands.

People hold a banner as they demonstrate during ceremonies marking the first anniversary of the collapse of a motorway Morandi Bridge that killed 43 people in Genoa, Italy, August 14, 2019.

Italian Transport Minister Paola De Micheli said on Jan. 9 that an offer by motorway operator Autostrade per l’Italia (ASPI) to lower the tolls Italians pay to use the country’s network was “insufficient”.

The Italian government and ASPI, controlled by Milan-listed infrastructure group Atlantia, are in talks over the terms of the lucrative concession that ASPI holds to run Italy’s motorway network following the collapse of a bridge in 2018 in which 43 people died. The government has threatened to revoke the concession following the accident.

The Benetton family owns 30% of Atlantia through its Edizione holding company.

ASPI has offered to lower fees by a total of 700 million euros, De Micheli said in an interview with La Repubblica newspaper, which the government rejected. The government has asked for a permanent fee reduction of 5%, Italian financial daily MF reported on Jan. 8, and to cap future annual increases at 2%.

ASPI generated toll revenue of nearly 3.7 billion euros in 2018. A 5% reduction would be equivalent to an annual revenue decline of 185 million euros, according to a Breakingviews calculation. The concession lasts until 2038.

In December the government passed a decree that would reduce the amount of any compensation due by the Italian state should the concession be revoked.

Shares in Atlantia have declined by nearly 15% since the bridge collapse on Aug. 14, 2018.