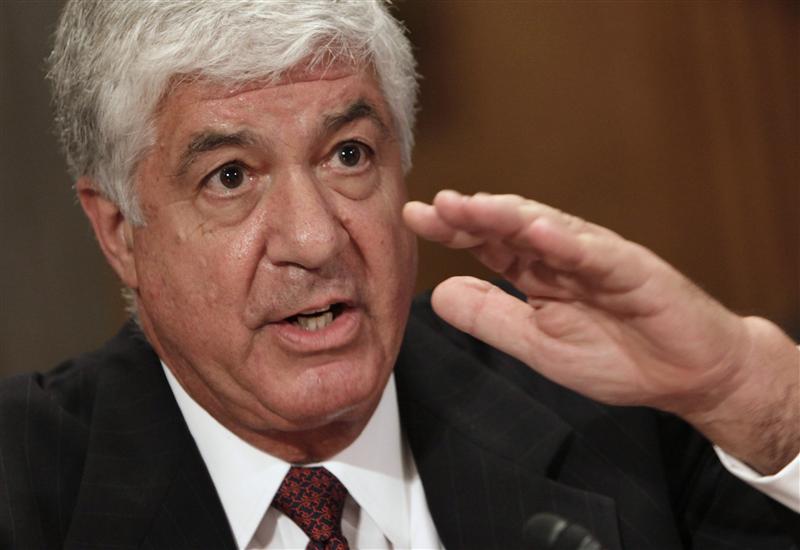 Bob Benmosche has earned his second retirement. The colorful chief executive of American International Group is stepping down on Sept. 1 after five years in the job. In the aftermath of the U.S. insurer’s $182 billion crisis bailout, he streamlined the business, beefed up capital, wound down derivatives and helped Uncle Sam offload its stake. Peter Hancock, Benmosche’s successor, faces a different challenge.

Benmosche, then the retired former boss of MetLife, arrived in August 2009, replacing stopgap CEO Edward Liddy. He started by telling staff that New York Attorney General Andrew Cuomo didn’t “deserve to be in government” after the official drew attention to AIG employees’ pay. In 2010 he fell out with then Chairman Harvey Golub, who quit. That spat began as the planned sale of Asian unit AIA to the UK’s Prudential foundered.

Despite the bluster – or perhaps because of it – Benmosche did finally manage to sell off AIA, starting with an initial public offering, and other chunks of AIG – most recently aircraft leasing unit ILFC. Insiders praised the way he rebuilt morale.

And at the end of 2012, Tim Geithner’s Treasury sold the last of its shares in the insurer, ending the bailout with a profit the government put at $23 billion. Few would have predicted anything but a huge loss when Benmosche took the helm. AIG’s share price has more than doubled since then, and the company is now worth nearly $80 billion.

Hancock, who joined AIG in 2010, has been running its property and casualty business. At a Bernstein research conference last month, he explained how the company has been reshaped in recent years. More than 30 companies have been sold, recouping over $90 billion. Book capital has remained stable at around $100 billion while assets have roughly halved to $550 billion. And the $2.5 trillion off-balance-sheet derivatives book which blew up the old AIG has been whittled down to about $1 billion.

So the new CEO’s task will be different from Benmosche’s. It will be about sustaining and expanding the new AIG. Among other things, Hancock mentioned growth opportunities in emerging economies, particularly in the areas of infrastructure and middle-class consumers, and from industry innovation. Despite his background as a JPMorgan derivatives banker, though, he surely now knows not to put too much faith in innovations of the financial sort.

American International Group on June 10 said Peter Hancock would become president and chief executive officer, effective Sept. 1, replacing Robert Benmosche who will leave the AIG board but remain as an adviser.

Hancock is currently executive vice president, AIG, and CEO of AIG Property Casualty. He joined AIG from KeyCorp in 2010 and previously worked for 20 years at JPMorgan, where among other roles he established the global derivatives group.

AIG was rescued with a total of $182 billion of government support as the financial crisis unfolded in 2008.