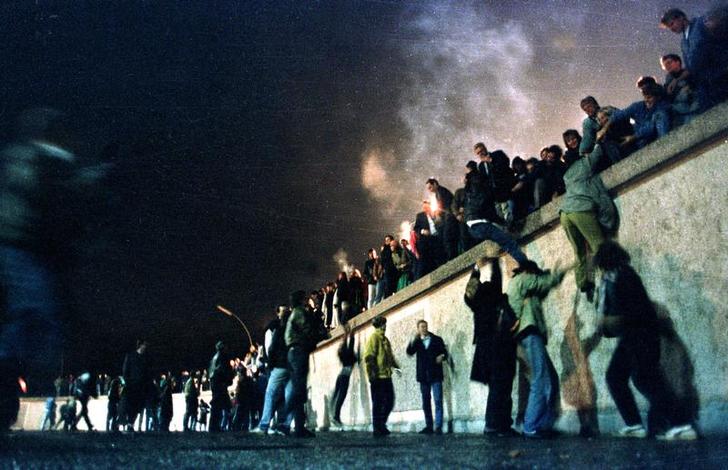 It’s hard to judge how well ex-Communist economies have done since the system collapsed in 1989. The Soviet empire was terrible and the transition was rough. But a quarter-century later, only a few small post-Communist states are unequivocal successes.

East German citizens climb the Berlin wall at the Brandeburg gate after the opening of the East German border was announced in this November 10, 1989 file photo.

“Permanent relocations can be done through all border checkpoints between the GDR (East Germany) into the FRG (West Germany) or West Berlin” the government of then-independent East Germany announced in the afternoon of Nov. 9, 1989.

The opening of the wall was followed by the unification of Germany, which took place on Oct. 3, 1990.

Mikhail Gorbachev, the last leader of the Soviet Union, resigned on Dec. 25, 1991.