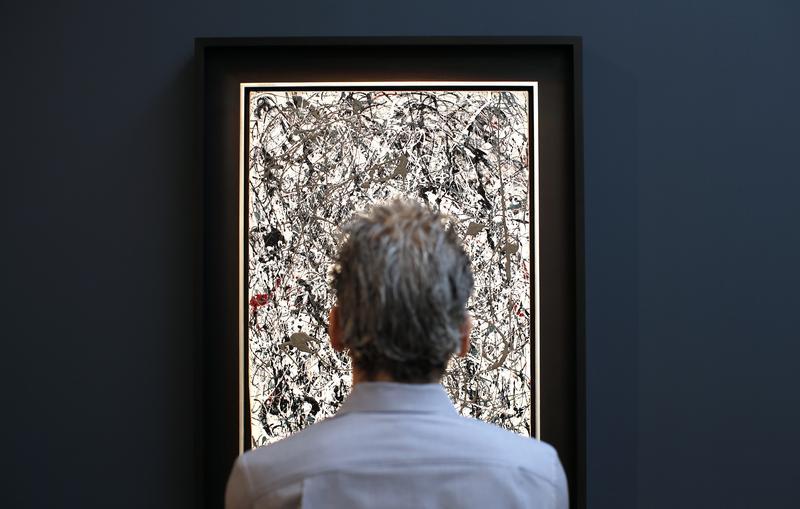 Ben Bernanke probably deserves a spot somewhere in New York’s Museum of Modern Art. A record $495 million sale at Christie’s on Wednesday evening set new highs for Jackson Pollock, Roy Lichtenstein, Jean-Michel Basquiat and other contemporary artists. More collectors than ever have $20 million to spend on a single work. The buoyancy of the market paints a picture of an art world indebted to the Federal Reserve chairman and his alternative asset-friendly monetary policy.

The $294 million sale at Sotheby’s a day earlier wasn’t quite in the same league. Works by one formerly red-hot living artist, Jeff Koons – a favorite of embattled hedge fund boss Steven Cohen – had a mixed experience across the two sales. But the overall impression is of private equity barons and hedge fund bigwigs jostling with the usual collecting suspects in what the Christie’s auctioneer called “a new era” of global competition.

Ultra-loose monetary policy, as practiced by the Fed and other central banks, makes the returns available on more traditional holdings like bonds unappealing and pushes up the value of other assets, from stocks to real estate and art. Throw in rising global wealth, a concentration of riches in the United States in particular, a return of better times for financiers and the allure of social bragging rights, and the ingredients exist for auction records.

It helps when the artists in question are in fashion or the works unique, as with last year’s $120 million sale of Edvard Munch’s “The Scream.” It was the only version of the famous image not in a museum. The anonymous buyer – widely reported to be Leon Black, founder of private equity firm Apollo Global Management – lent it to MoMA for six months, a period that ended in April.

If it’s a Fed-fueled bubble, at least it’s one that can trickle down to lesser artists and involves buyers who can afford the worst-case outcome – like the London jeweler who, according to the New York Times, splashed out $56 million for Lichtenstein’s “Woman With Flowered Hat” as a 75th birthday present to himself. Cheerful sellers, meanwhile, might consider commissioning an appropriately flattering likeness of Bernanke.

A visitor views American painter Jackson Pollock's 'Number 19,' oil and enamel on paper laid down on canvas, 1948 and estimated between $25-35 million, during a preview of Christie's Post-War and Contemporary Evening sale at Christie's auction house in New York, May 3, 2013. The piece will be auctioned off on May 15. REUTERS/Mike Segar

The spring art auction season ended on a record-shattering high on May 15 with the contemporary art sale at Christie’s in New York achieving sales of $495 million, the highest in the history of art auctions.
Records in a range from about $49 million to $58 million were set for works by Jackson Pollock, Roy Lichtenstein and Jean-Michel Basquiat among 16 new artist records altogether, Christie’s said. Only four of the 70 lots on offer, or 6 percent, went unsold as the auction total, including commission, easily beat the high pre-sale estimate of just over $400 million.
“We are in a new era of the art market,” said Jussi Pylkkanen, president and chairman of Christie’s Europe, who also served as auctioneer. “There is global competition that we have never seen in the art world before.”
Sotheby’s sold $294 million-worth of contemporary art on May 14, with records set for Barnett Newman and Gerhard Richter, among other artists.