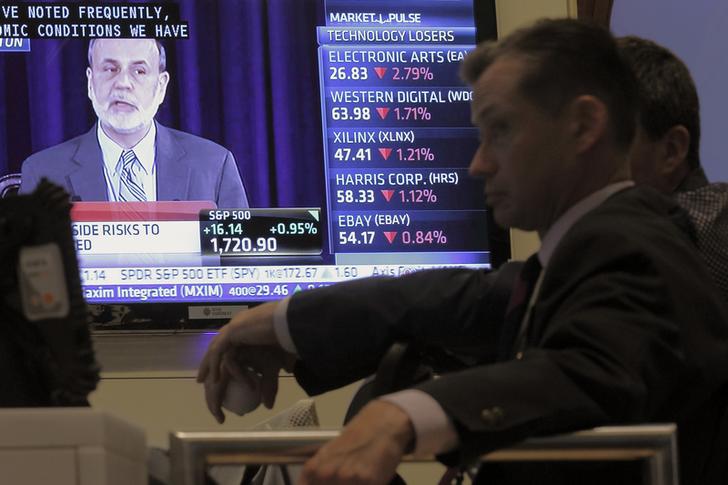 Ben Bernanke seems to be enslaved to a discredited assumption – about credit. On Wednesday, the chairman of the U.S. Federal Reserve surprised and delighted financial speculators by continuing the bond-buying policy. It was interpreted, quite correctly, as a sign that the Fed cares much less about market bubbles around the world than the still mediocre pace of the U.S. economic recovery.

Leave aside the question of whether, after five years of extreme stimulus, any monetary policy can help create jobs. Even if the Fed is doing more than pushing on a string, its disregard of possible financial excess is blinkered.

When GDP was growing steadily in the early 2000s, the Fed and other central bankers largely ignored the backdrop of febrile, credit-fuelled markets for bonds, commodities and U.S. housing. They assumed that they could deploy low interest rates to clean up after any market collapse. But when the financial cycle turned in 2008, the monetary authorities discovered they were almost impotent. After five years, the Great Recession is only ending now.

The contribution of monetary policy to the economic recovery can be debated, but it’s hard to deny that the rush of cheap and free money has pumped up bonds, commodities and the currencies of many emerging markets. And once again, the Fed isn’t worried. Or more precisely, Bernanke and most of his peers are much more worried about the potentially depressing effect of higher yields on the U.S. economy than about the global risks of financial excess.

When the Great Recession began, it was widely agreed that monetary authorities could not rely on policy interest rates to guide both the economy and the markets. They needed macro-prudential regulation. Even if rates were low enough to stimulate dangerous speculation, rules which restrained the flow of capital and credit could and should be used to cool markets. Such rules are urgently needed, but there is almost no macro-prudential regulation in sight. Bernanke failed even to mention the concept in his press conference.

Central bankers are slow learners. They may need another financial crisis to teach them it is wrong to assume they can safely ignore the dangerous side effects of easy money.

The U.S. Federal Reserve’s policymakers decided in their Sept. 17-18 meeting to keep the central bank’s $85-billion-a-month bond-buying programme intact for now. Most analysts had expected the Fed to announce the start of a gradual unwinding.

The U.S. Federal Reserve’s policymakers decided in their Sept. 17-18 meeting to keep the central bank’s $85-billion-a-month bond-buying programme intact for now. Most analysts had expected the Fed to announce the start of a gradual unwinding.