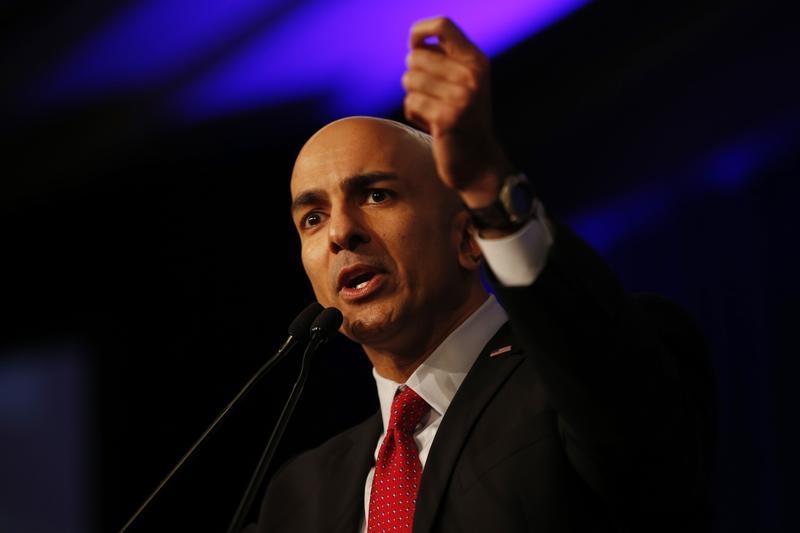 Bernie Sanders may have just found his Federal Reserve chairman. The presidential candidate and self-declared democratic socialist has long wanted to break up America’s largest banks. So does new Minneapolis Fed President Neel Kashkari, a Republican and former Goldman Sachs banker who worked on the Treasury’s bailout of troubled financial institutions during the 2008 crisis. This meeting of the minds across the political divide should keep Wall Street on its toes.

Kashkari joined the fray on Tuesday in a speech at the Brookings Institution, the left-leaning think tank. While acknowledging that a lot has been done to rein in reckless behavior since the financial crisis, he reckons the biggest banks should become public utilities and is in favor of a tax on financial leverage. This is not just oratorical whimsy. He has instructed the Minneapolis Fed to hold public “symposiums” to explore whether to dismantle too-big-to-fail banks.

Vermont Senator Sanders has been gaining popularity in the polls against rival Hillary Clinton by hammering Wall Street, which he accuses of rigging the financial system, with a similar message. Republican rival Texas Senator Ted Cruz has blasted banks as examples of crony capitalism and boasted he would let Bank of America fail in a future crisis.

Unlike the politicians, though, Wharton-educated Kashkari is offering his targets the chance to respond. He intends to invite them to the symposiums, which he says will examine the “costs, risks and implementation challenges” of breaking up, as well as the benefits. That will have some appeal to the likes of Jamie Dimon, for example. The JPMorgan boss has long been critical of the inability or unwillingness of the political and regulatory establishment to address the downside of new rules.

There’s plenty that he and his industry counterparts are likely to use as a counterargument to Kashkari, who lost a bid for governor of California in 2014. Higher enforced capital levels since 2008, for example, have left big banks and regional lenders alike eking out utility-like earnings as it stands. And laws like the Volcker Rule have stifled their ability to take on as much risk as they used to.

Kashkari’s perspective, though, is more mainstream than the banks would like – and he’s the first central-bank official to be so bold about it. With presidential candidates on both sides singing from the same hymn sheet, efforts at breaking up too-big-to-fail banks may yet become too robust to stop.

Minneapolis Federal Reserve President Neel Kashkari said on Feb. 16 that he believes “the biggest banks are still too big to fail and continue to pose a significant, ongoing risk to our economy.”

In his first speech since taking the helm, the former head of the Troubled Asset Relief Program during the financial crisis also said that the Minneapolis Fed “is launching a major initiative to develop an actionable plan to end TBTF, and we will deliver our plan to the public by the end of the year.”

Kashkari suggested breaking banks up into “smaller, less connected, less important entities” and “turning large banks into public utilities by forcing them to hold so much capital that they virtually can’t fail (with regulation akin to that of a nuclear power plant).”

Kashkari gave his speech at the Brookings Institution in Washington, D.C.