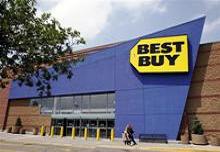 The bid for Best Buy looks about as shaky as the target. Richard Schulze, the electronics chain’s founder, wants to take it private for up to $8.8 billion. His 20 percent stake adds credence to the offer, but financing and backers remain elusive. And given the laws where Best Buy is based, a takeover could be tough.

The immediate attractions of a leveraged buyout are apparent. Best Buy oozes cash. It should generate about $3 billion of EBITDA this year. Credit markets are easing, allowing borrowers to use less equity in deals. And Schulze, who was forced out as chairman in June, certainly would like to preserve his creation, where same-store sales have been falling at a 5 percent clip.

The cards are stacked against him, however. Best Buy, which hawks mobile phones and printers, has about $2 billion of debt outstanding. Even with all Schulze’s stock, fellow investors would need to put in at least $2 billion of additional equity. That might require a return to the “club deal,” where multiple firms work together. They have proved strenuous and unappealing, however. Moreover, there’s a lot of talk from Schulze and his bankers at Credit Suisse of private equity backers and arranging debt, but nothing firm yet.

Best Buy presents its own problems. It faces fierce competition from Wal-Mart and Amazon, so cash flow could dry up quickly. The same phenomenon has trapped private equity firms before, including in newspaper publishing. Best Buy’s debt was downgraded to junk by S&P on news of the offer. Moreover, past big-box retail buyouts like Toys “R” Us aren’t encouraging. Breaking leases is expensive and customers can be fickle.

The board’s hand is also unusually strong. Under Minnesota law, any investor that acquires a significant amount of shares must wait four years before engaging in a business combination. Unless Schulze can persuade the board to grant him a waiver, the only effective way to push a bid forward is to force a shareholder meeting to scrap this defense mechanism.

Most private equity firms don’t like engaging in high-profile hostile battles. Though Best Buy shares leapt 13 percent on Monday, they remain at a 20 percent discount to Schulze’s offer, meaning investors are highly skeptical. They have more than enough reasons to be.

Richard Schulze, Best Buy’s founder, said on Aug. 6 he was willing to acquire the electronics retailer’s outstanding stock for $24 to $26 a share. That represents a premium of 36 to 47 percent based on the stock’s closing price of $17.64 on Aug. 3. At the mid-point of the range, the company would have a market value of $8.6 billion.

Schulze owns 20 percent of Best Buy. He said in a statement that Credit Suisse is “highly confident” it can provide financing for a bid. Schulze also said he has held discussions with a number of private equity firms.