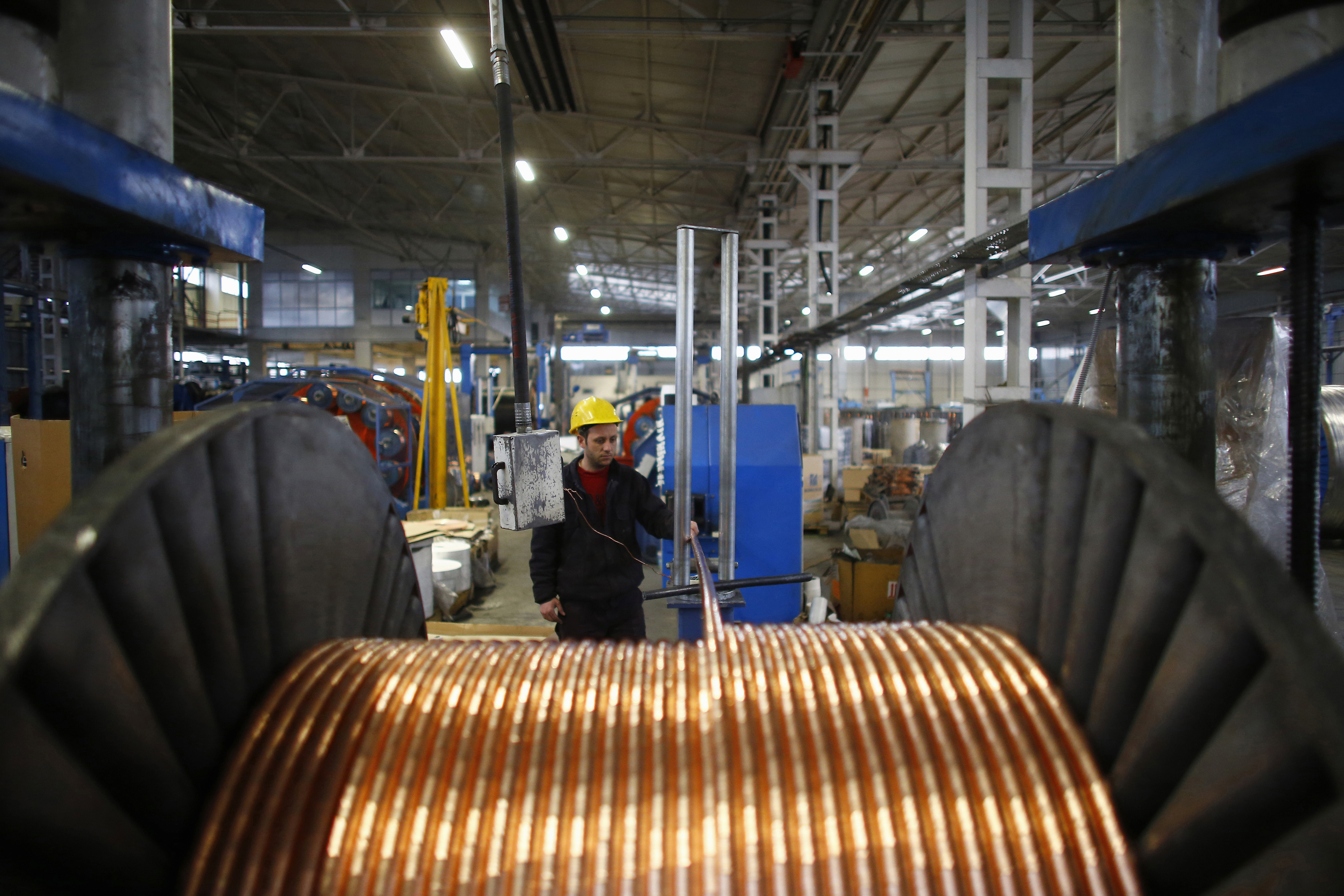 Many mining companies thought copper was the commodity of the future. Now it is exposing their attachment to the past. The red metal appears destined to sink further unless miners make deeper cuts to production.

Real and perceived concern over demand from China is the key reason behind copper’s recent declines. The red metal is widely used in electrical wiring and power units in domestic, commercial and industrial sectors. Where China’s construction sector goes, copper prices seem destined to follow.

China is not the whole story: some miners had thought copper would outperform any downturn in commodities due to its expected growing demand in industries such as renewable energies and wind turbines. That thesis is looking less robust as well.

Copper has already fallen by around 32 percent since last November. It touched a new six-year low below $4,500 a tonne on Nov. 23. But while the price is linked to demand, it also depends on production volumes.

Mining companies are reluctant to close down copper mines because it impacts the returns on capital previously invested. At the same time, the metal can be quite difficult to mine and individual facilities are vulnerable to temporary shutdowns. That makes it hard for miners to balance supply even with weakening demand.

Deutsche Bank reckons that the world’s top 20 copper mining companies will produce 7 percent more ore this year than they did in 2000. China, meanwhile, accounts for nearly half of global copper consumption of around 23 million tonnes a year, according to International Copper Study Group estimates.

Shares in Glencore, BHP Billiton and Anglo American were sharply lower in London on Nov. 23 as investors absorbed the fall in copper prices. Glencore has stress-tested its business against copper falling to $4,000 a tonne. That now looks like a watershed for the entire industry.

There may come a point when the price of copper means companies can no longer sustain the current costs of operating invested capital. Once mines begin to be closed, the price may recover even if demand does not. The trouble is, all miners will want other miners to take the pain. It’s a recipe for continued copper price weakness.

A worker checks copper cables being produced at a factory in the central Anatolian city of Kayseri February 12, 2015.

Copper fell below $4,500 a tonne on Nov. 23 to its lowest level since May 2009. On the London Metal Exchange, three-month copper futures hit $4,444 a tonne amid continuing concerns about the strength of Chinese demand.

The slide in copper prices sent shares in global mining groups such as Glencore, Anglo American, BHP Billiton and Antofagasta lower. Anglo American shares, for instance, fell around 4.5 percent to 425 pence in early trades on Nov. 23, before recovering. On July 7, 2014 the Anglo stock price was 16.39 pounds.