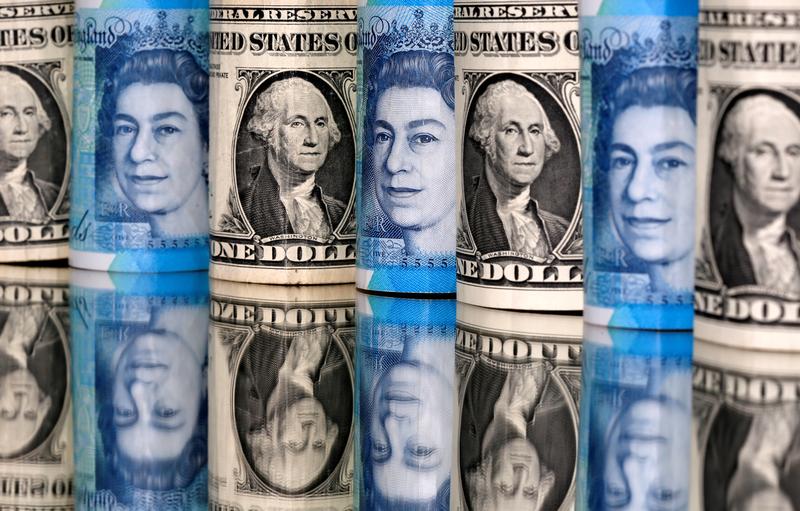 The currency is up from 35-year lows against the dollar. The worst of the pummelling is over, partly due to official efforts to sate a hunger for the greenback. But such demand is still worryingly high and options prices show deep gloom about the pound’s outlook. Caveat emptor.

Pound and U.S. dollar bills are seen in this illustration taken January 6, 2020.

British banks' demand for U.S. dollar liquidity from the Bank of England rose to $3.555 billion on March 24, the central bank said. That was up from $5 million on March 23 but lower than demand of $8.210 billion at a regular weekly operation on March 18, the most lent in a single operation since February 2009.