Stuck in the throat 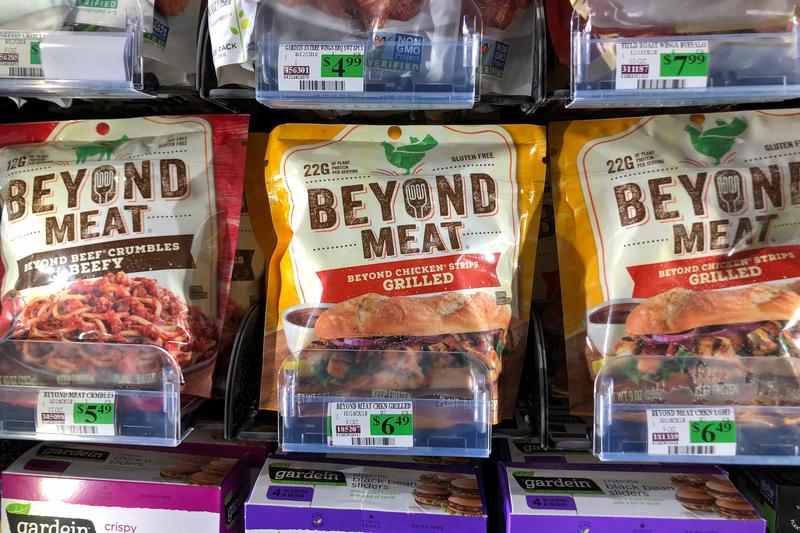 The meatless-burger maker’s CEO and other insiders are selling shares early. That looks like a signal that the near-800% jump in the stock since May’s IPO is overcooked. Since Beyond Meat is still serving lashings of revenue growth, investors are unlikely to pay much heed.

Beyond Meat on July 29 said it has started work on a secondary offering of common stock, less than three months after its initial public offering.

The plant-based food company is selling 250,000 shares, while several pre-IPO stock owners are selling 3 million shares, equivalent to around 5% of its outstanding common stock.

Kleiner, Perkins, Caufield & Byers is selling the most, with the offer reducing its stake by about a percentage point to just under 12%. Another 50 investors are also selling some of their holdings.

Chief Executive Ethan Brown is selling 39,121 shares, though will keep his ownership at around 5%. Also taking part in the offering are several other directors or executives, 29 other employees and 30 so-called company ambassadors and non-employee investors.

Beyond Meat also reported second-quarter earnings on July 29. Net revenue increased 287% from the same period last year to $67.3 million, beating the mean estimate of sell-side analysts of $52.7 million, according to data from Refinitiv. The net loss of $9.4 million grew from $7.4 million in last year’s second quarter.