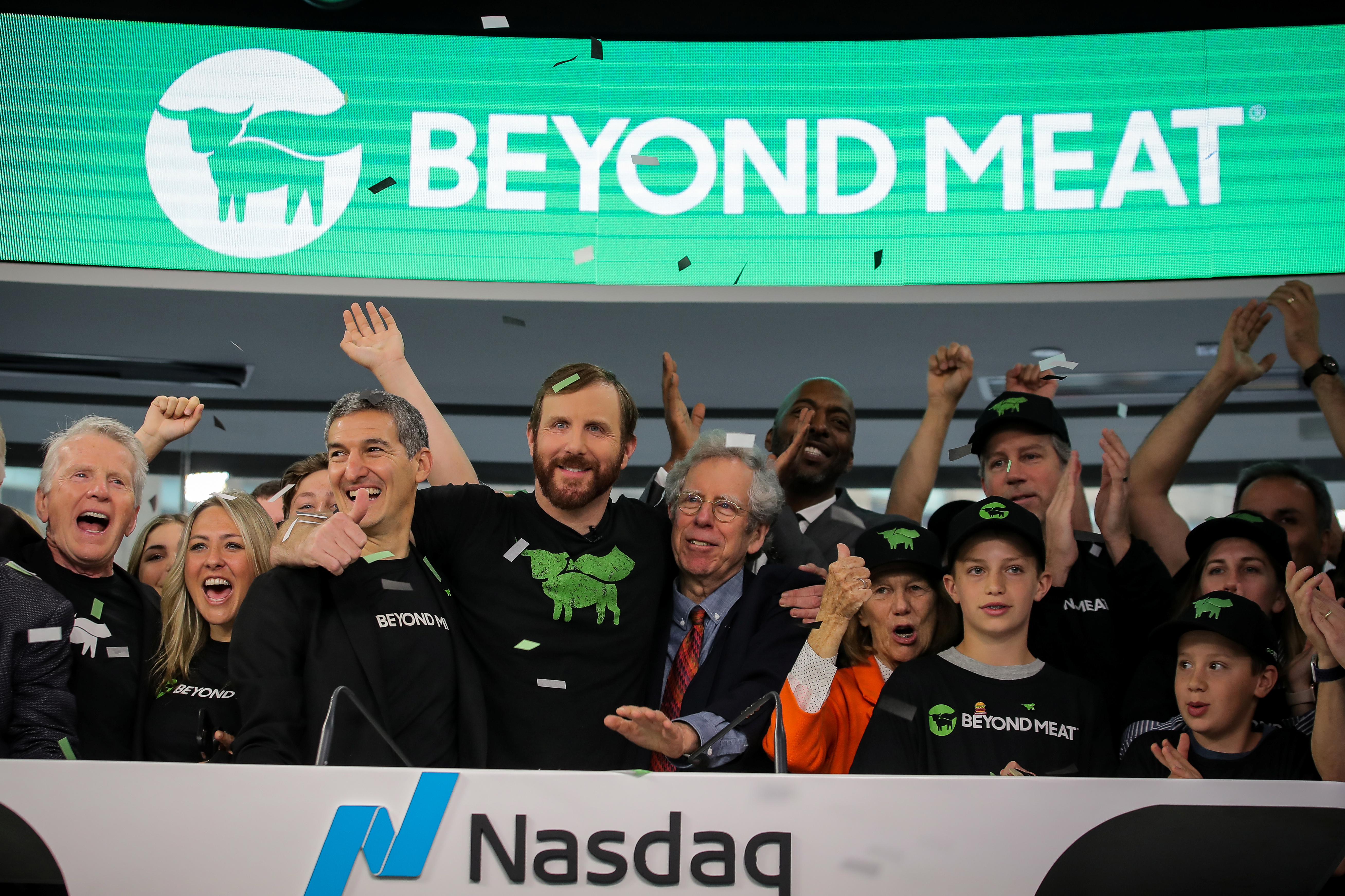 The plant-based burger firm’s stock almost tripled on its market debut. The desire for food that’s tasty, green and ethical is real, and investors are clamoring for a bite. But such big first-day pops are often driven by a fear of missing out that longer-term returns cannot sate.

Ethan Brown, founder and CEO of Beyond Meat, and guests ring the opening bell to celebrate his company's IPO at the Nasdaq Market site in New York, U.S., May 2, 2019.

Shares in Beyond Meat stock rose as high as $72 a share on its first day of trading on May 2. That represented a 190 percent increase on the $25-a-share price the plant-based burger company had set for its initial public offering on May 1. The float raised $240 million.

The company had a net loss of $30 million last year, and revenue more than doubled to $88 million. Beyond Meat will use the proceeds for research, development and expanding production.

Tyson Foods, the top meat producer in the U.S., recently sold its a 6.5 percent stake in Beyond Meat as it plans to develop its own alternative protein foods.