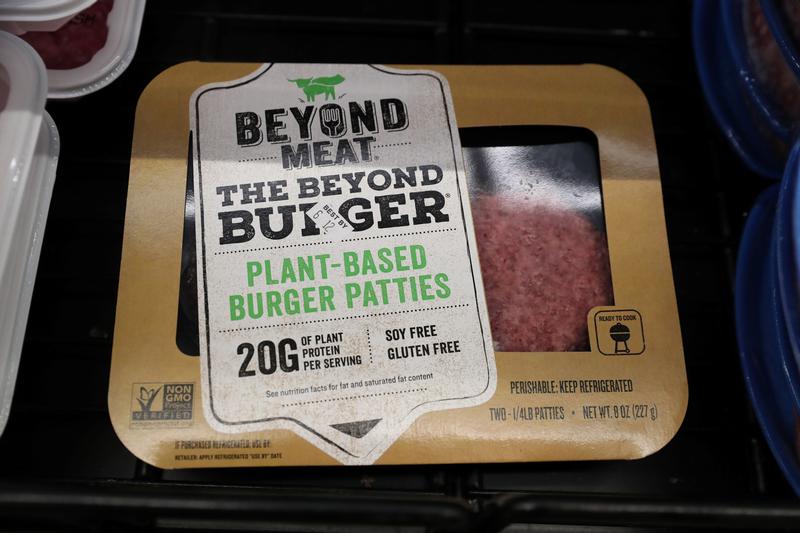 The vegan-burger maker’s stock fell 22% as a block on insiders’ share sales was lifted. It’s still far above its IPO price, and revenue is rocketing. But it’s a reminder of a simple truth: more supply tends to mean lower prices. Rivals are getting wise to meatless meat’s appeal.

Beyond Meat on Oct. 28 reported net revenue, which excludes promotional discounts, of $92 million for the third quarter, up 250% year-over-year. Earnings of $4.1 million compared with a loss of $9.3 million in the same period a year earlier.

The company, which makes plant-based burgers, increased its full-year net revenue guidance to $265 million to $275 million from the previous outlook of more than $240 million.

Fast-food chain McDonald’s announced in September that it will sell a plant-based burger using Beyond Meat products in 28 locations in Ontario, Canada for three months.