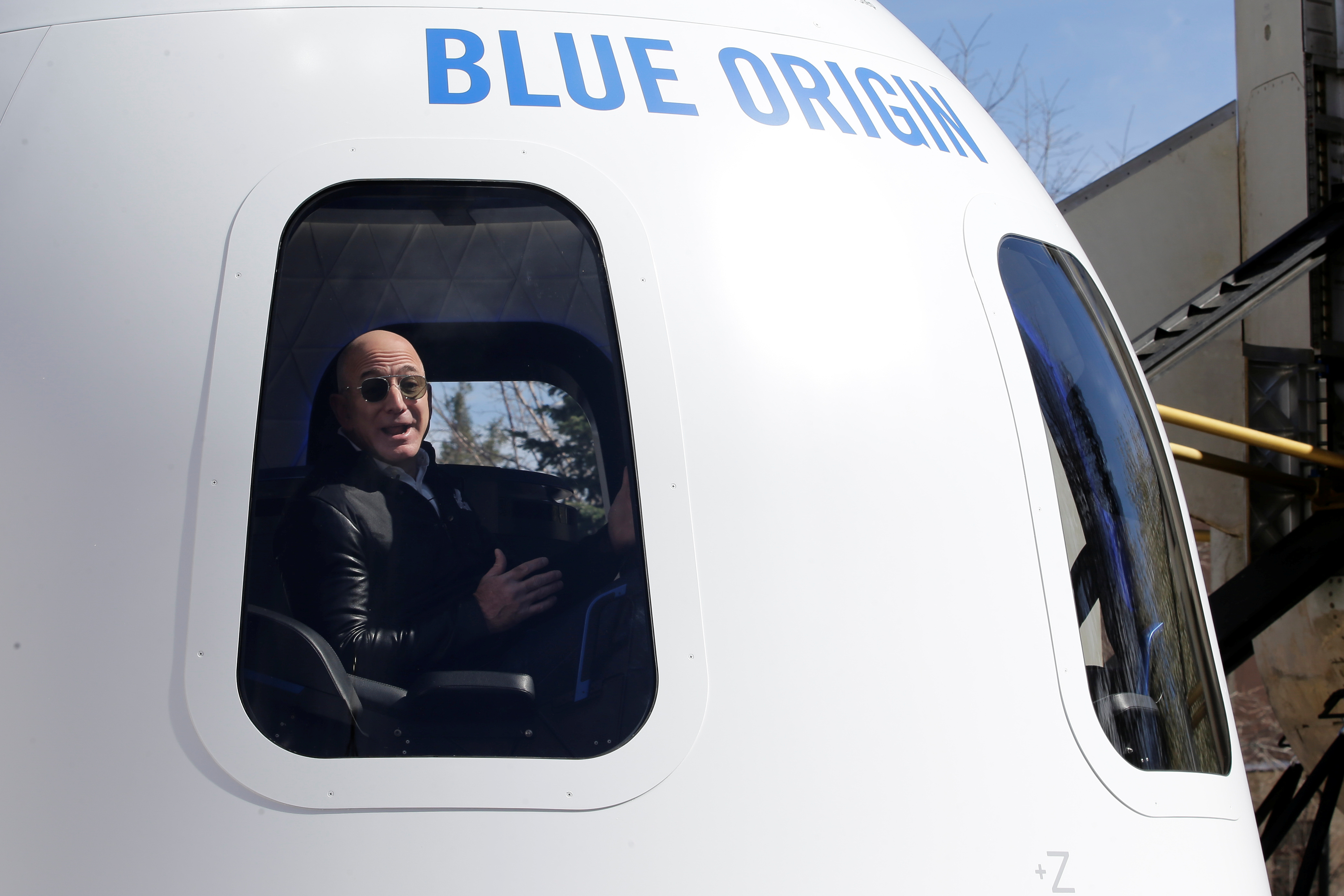 The Amazon founder is selling $1 bln of stock a year to finance his dream of colonizing space. Both he and his company can afford it. The firm’s dominance in cloud computing has added $25 bln to his worth in the past year. With a trajectory like that, the sky is not the limit.

Amazon founder Jeff Bezos said on April 5 he is selling about $1 billion of Amazon stock annually to fund his Blue Origin rocket company.

Blue Origin had hoped to begin manned test flights in 2017, but that will have to wait until next year, Bezos said at the annual U.S. Space Symposium. The company later aims to take paying passengers on 11-minute space rides. Its long-term goal is to cut the cost of space flight so that millions of people can live and work off Earth, said Bezos.

Over the past 12 months, Amazon stock has risen 52 percent. Bezos holds 80.9 million shares, according to Thomson Reuters’ data, giving him a stake of just under 17 percent of the $431 billion company.