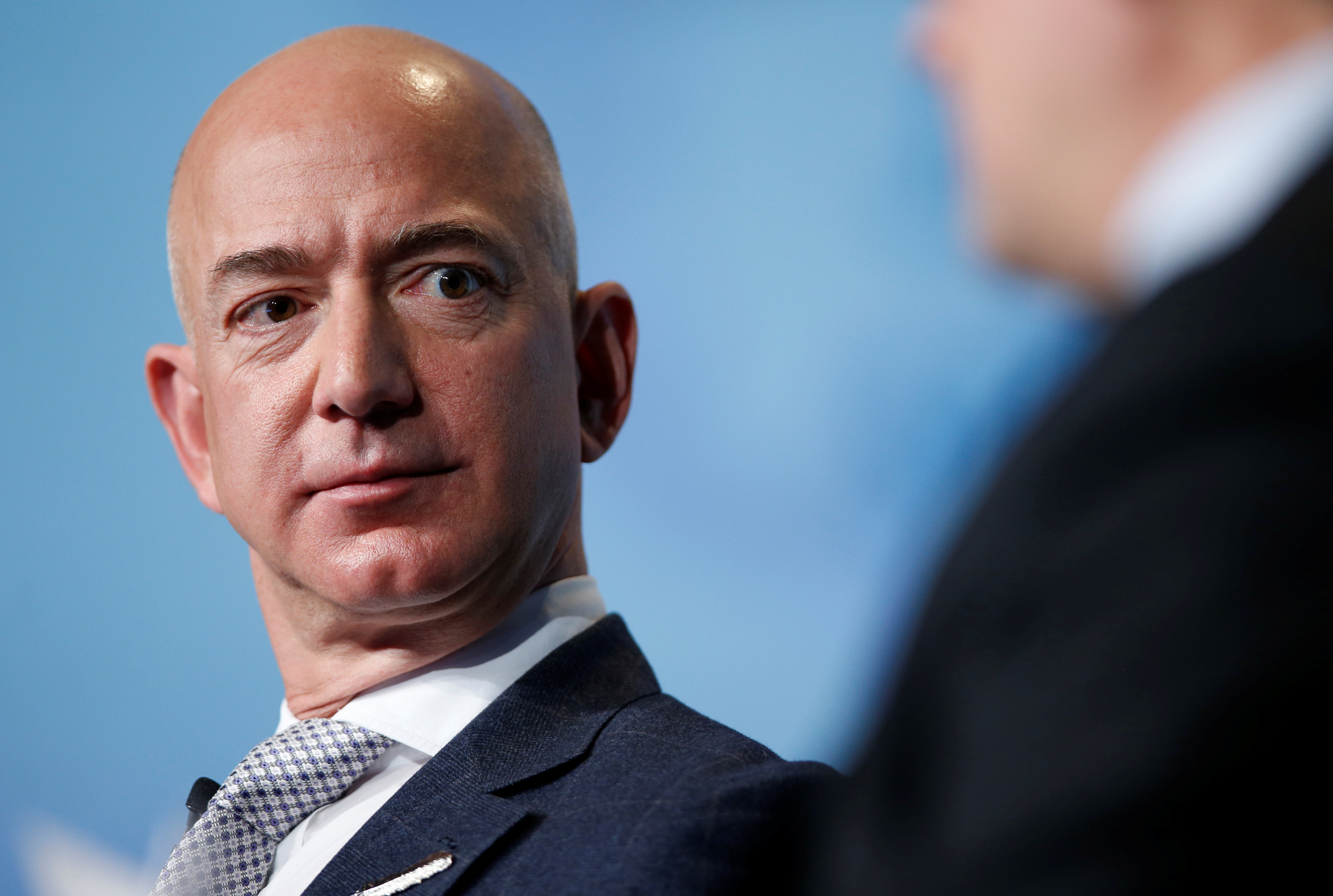 Tensions between Riyadh and the Amazon boss may seem a stateside phenomenon. Yet Saudi Prince Mohammed bin Salman and Jeff Bezos have backed different horses in the battle for the $34 billion Middle East e-commerce market. That implies risks for both sides.

Jeff Bezos, founder of Blue Origin and CEO of Amazon, speaks about the future plans of Blue Origin during an address to attendees at Access Intelligence's SATELLITE 2017 conference in Washington, U.S., March 7, 2017.

United Nations experts have demanded an immediate investigation by U.S. and other authorities into allegations that Saudi Arabia’s Crown Prince Mohammed bin Salman was involved in a plot to hack the phone of Amazon boss and Washington Post owner Jeff Bezos, Reuters reported on Jan. 22.

The U.N. special rapporteurs based their call for an investigation on a 17-page forensic report drawn up by Washington-based FTI Consulting, which a source familiar with the matter told Reuters had been commissioned by Bezos. The report alleges with “medium to high confidence” that the billionaire’s iPhone X was hijacked by a malicious video file sent from a WhatsApp account used by the crown prince on May 1, 2018.

E-commerce startup Noon is founded by Mohamed Alabbar, chairman of Emaar Properties, in a joint venture with Saudi Arabia’s Public Investment Fund and a group of prominent Gulf investors with an initial capital outlay of $1 billion.