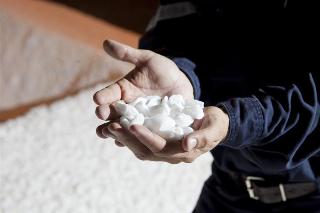 The end of a cartel pricing may complicate BHP Billiton’s plan for a big new potash mine in Canada, but Chief Executive Andrew Mackenzie should press on. The $12 billion Jansen Potash project would make the diversified miner a low-cost producer in a strategic industry. Weak prices should also reduce a destabilising supply surplus.

The cartel may not actually crumble. But it is in serious danger of falling apart after Russia’s Uralkali withdrew its membership last week. Internal division may do what BHP couldn’t manage in 2010, when the Canadian government turned down its bid for Potash Corp, North America’s biggest producer of the soil nutrient.

BHP, though, is different. It is firmly anti-cartel. Its policy is to invest in low-cost mines and run them flat out, regardless of market prices. Jansen, slated to produce 8 million tonnes of potash a year, or 15 percent of global supply, fits with that policy. Unlike some higher-cost producers whose shares have been battered by Uralkali’s defection, Jansen should have very low operating costs when production starts – not before 2020, according to Goldman Sachs.

The investment bank calculates that BHP needs a potash price of $475 a tonne to earn a good return on the $12 billion investment. The current cartel-supported price is about $400 a tonne, and there’s talk of a tumble to below $300. But a 2010 study by Canada’s Conference Board predicted a 2020 potash price of more than $480 tonne without a cartel. This is just about high enough to justify building Jansen.

Cheaper prices while BHP digs could help bring higher prices later. Farmers would use more potash, cutting into a global surplus. And producers would be discouraged from bringing higher-cost projects online.

If the potash cartel is dead, future supply discipline will come from the highest-cost producers dropping out of the market, rather than from a producers’ cabal deciding prices are too low. That’s a game that BHP can win.

BHP Billiton is mulling whether to proceed with a big Canadian potash mine. Its board is expected to make a final decision on the project by next year. The mine, called Jansen Potash, would produce up to 8 million tonnes of the soil nutrient each year – equivalent to about 15 percent of last year’s global output, according to Goldman Sachs.
On July 30, the world’s biggest producer of potash, Russia’s Uralkali, withdrew from a global cartel that sets prices for potash exports.