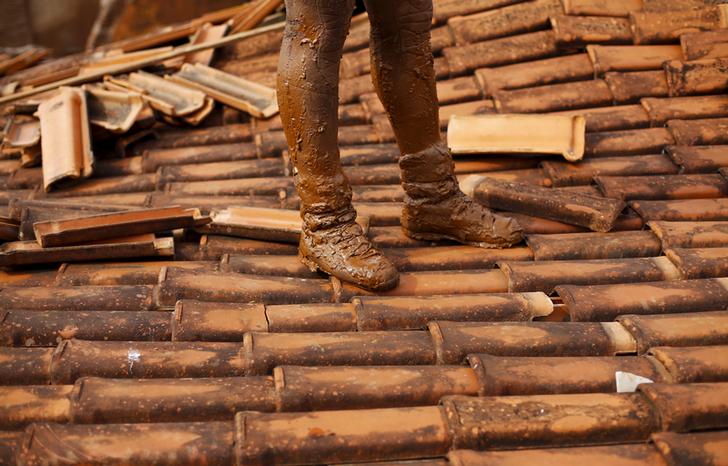 BHP Billiton faces a costly cleanup after a dam broke in Brazil – but the disaster may present the opportunity to ditch an unsustainable dividend policy. The Anglo-Australian mining giant is part of a $5.2 billion compensation claim that the Brazilian government intends to pursue for the Samarco disaster on Nov. 5. That gives it a good reason to start conserving cash.

Despite falling commodity prices, BHP paid out $6.5 billion to shareholders in the year ending June 30. But with earnings forecast to fall to $2.5 billion in the current financial year, according to Eikon consensus estimates, it would have to tap its $6.8 billion cash pile to cover a dividend it has promised to grow or keep flat.

BHP’s Chairman Jac Nasser and Chief Executive Andrew Mackenzie both stressed at the company’s annual shareholder meeting on Nov. 19 that in the current downturn in the commodities market, maintaining a strong balance sheet and a solid credit rating were priorities. With prices for iron ore – which accounts for a third of BHP’s sales – falling by 40 percent this year, the company has little room for maneuver.

The market is already pricing in the strong probability that BHP will cut its dividend when its management next updates the market in February. The company’s dividend yield – the ratio of the annualised dividends to the price of its shares – has blown out to 11.3 percent. Of the big global mining groups listed in London, only Anglo American has a higher ratio at 15.9 percent. The FTSE 100 has an average yield of just 4.3 percent.

Prior to the dam disaster in Brazil’s Minas Gerais state, BHP said it could still reward shareholders without compromising its balance sheet. That promise is looking increasingly hard for the company to keep. The best way to reward shareholders would be to steal a march on rivals, and face up to financial reality sooner rather than later.

A firefighter stands on the roof of a destroyed house, in Bento Rodrigues district after a dam, owned by Vale SA and BHP Billiton Ltd burst, in Mariana, Brazil, November 9, 2015.

On Nov.5, a dam holding back waste water from an iron ore mine in Brazil owned by BHP Billiton and Vale burst, polluting a major river valley and killing at least 13 people.

Brazil’s Environment Minister Izabella Teixeira said on Nov. 27 that federal and state governments in the country now plan to sue Anglo-Australian miner BHP and its Brazilian rival Vale for 20 billion reais ($5.24 billion) in damages for the catastrophe.

The United Nations’ human rights agency said on Nov. 25 that the mud from the dam burst was toxic, contradicting claims by Samarco and mine co-owner BHP that the water and mineral waste posed no risk to human health.