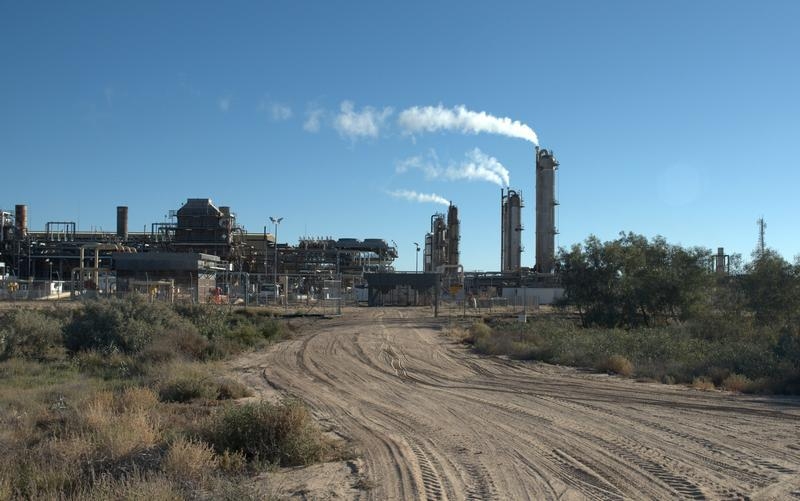 Gaseous M&A’s latest twist is a welcome surprise for its intended target. Australia’s Santos may have rebuffed an all-cash, A$7.1 billion ($5.1 billion) takeover proposal from Scepter, an investment vehicle backed by Brunei royalty and other luminaries. But with a modest increase this pitch could become palatable. Meanwhile, Santos’s other alternatives have also become a bit easier.

The oil rout has already catalysed big deals in liquefied natural gas: Shell’s $70 billion move on BG Group, and Woodside’s rejected $8 billion tilt at Oil Search, like Santos a shareholder in Papua New Guinea’s promising LNG project. Indeed, PNG LNG is the best asset for both Oil Search and Santos. But Santos’s mishmash of other assets, in Australia, Indonesia and Vietnam, made it overall a rather poor takeout target for big oil.

Santos dubs this opportunistic. With some justification: it is creaking under A$8.8 billion of debt, the CEO is departing and the stock has crashed. Huge investments in Australia’s GLNG project are just starting to pay off. And a “strategic review” seemed likely to produce firesales and maybe a dilutive rights issue. Moreover, Scepter is an unfamiliar name, even if it has heavyweight backing. And the board feared proceeding might derail the strategic review yet not secure a buyout instead.

All that said, Scepter is not too far off the mark. A mooted A$6.88 a share tallies with UBS analysts’ valuation for the company – assuming oil hits $80 a barrel by 2019 – and is 5 percent ahead of Credit Suisse’s numbers. The protestations about valuation are notably milder than those at Oil Search, which moaned about being “grossly” undervalued. That suggests a decent sweetener could win the board and investors round: Bernstein suggests A$7.50 could work. That would equate to a respectable 38 percent mark-up versus Oct. 21’s close.

Scepter’s intervention might also make Santos’s alternatives a bit less painful. A higher stock price makes an equity-raising easier, and the bid interest could help Santos secure better prices for assets, if not full counter-bids for the company. Shareholders would probably prefer a solid premium in cash, though.

Santos operated Moomba gas plant is seen outside Moomba, South Australia May 17, 2012. Confidence in Australia's coal seam gas industry, one of the nation's brightest economic prospects, has begun to flicker. For the first time since energy firms kicked off $50 billion of projects to drill for gas in the region's rich coal deposits less than two years ago, there is a consensus emerging among industry executives and experts that plans are well off track. Picture taken May 17, 2012. REUTERS/Rebekah Kebede

Santos, the Adelaide-based oil and gas company, said on Oct. 22 it had rejected a A$7.1 billion ($5.1 billion) takeover proposal from Scepter Partners, an investment vehicle backed by members of the ruling families of Brunei and the United Arab Emirates.

A mooted price of A$6.88 a share in cash represents a 26 percent premium to Santos’s previous closing price. Santos called the approach “highly conditional” and “opportunistic”, adding that its board believed it did not “reflect the fair underlying asset value of the company”. Scepter said it “considers that this indicative proposal, if implemented, would provide Santos shareholders with an attractive premium and the certainty of cash in the face of significant future uncertainty,” Reuters reported, citing the group’s head of merchant banking.

The target’s shares rose 16.2 percent by 3.45pm Sydney time to A$6.32 a share. Even factoring in the rise, the company’s stock has still fallen 51 percent in a year, Eikon data shows.

Santos, which has net debt of A$8.8 billion, began a “strategic review” in August and said Chief Executive David Knox would step down once a successor was hired.