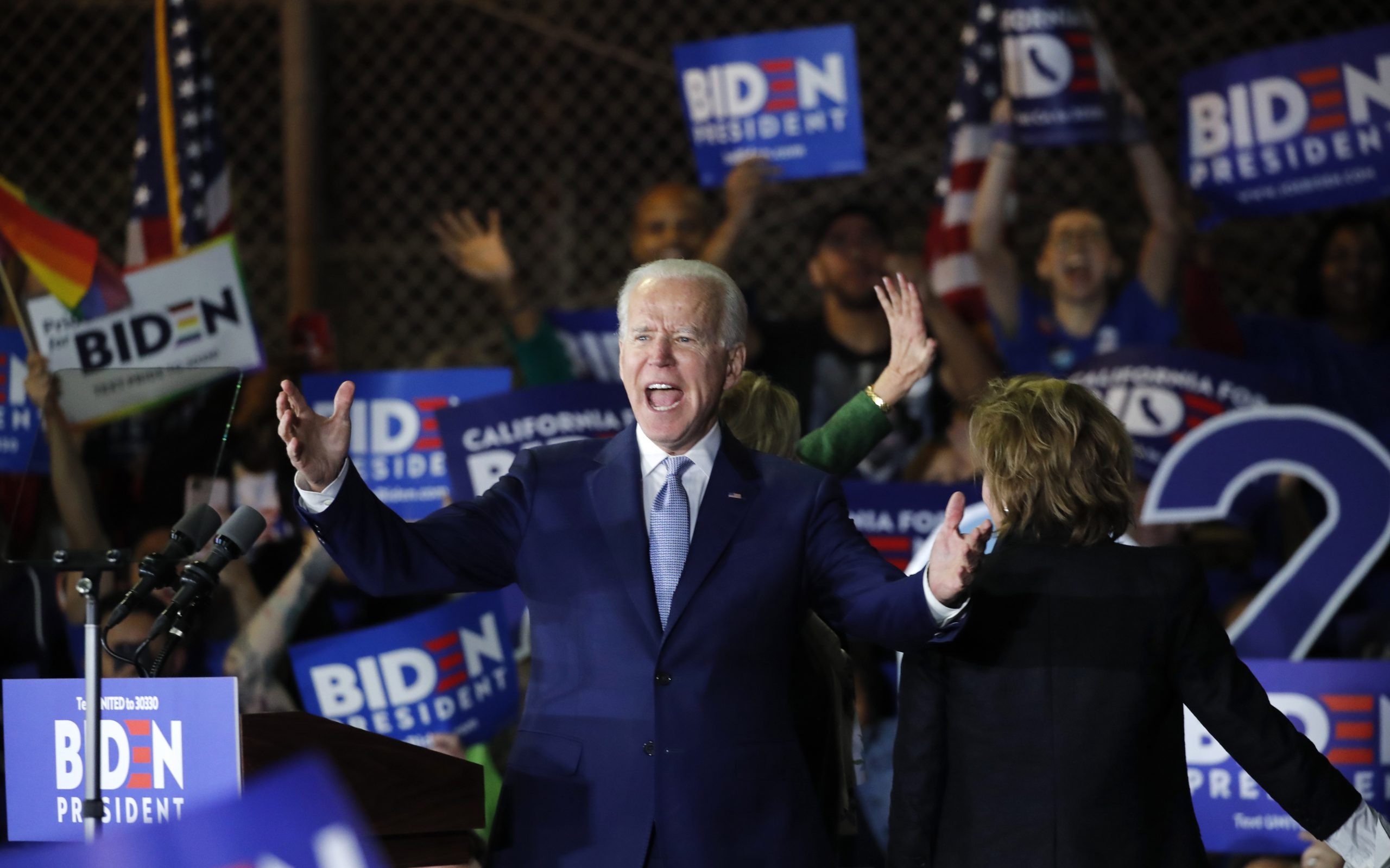 The former vice president is the Democrats’ preferred candidate for president so far, after winning at least nine states on so-called Super Tuesday. His surge shows that, like investors, voters are seeking a safe haven in uncertain times. It’s bad news for the current president.

Former Vice President Joe Biden won nine of the 14 U.S. states in which Democrats voted for their preferred presidential candidate on March 3, and was projected to win a 10th. American Samoa had also conducted a selection process.

After so-called Super Tuesday, Biden had more pledged delegates – representatives sent to vote for him at the Democrats’ annual convention in July – than any other candidate, according to projections by the New York Times. Vermont Senator Bernie Sanders was in second place on March 4.

Michael Bloomberg – the billionaire co-founder of Bloomberg LP, which competes with Thomson Reuters, and former mayor of New York City – was on the ballot for the first time on Tuesday. His only victory was in American Samoa.

The yield on the U.S. 10-year Treasury note fell below 1% for the first time in history on March 3.