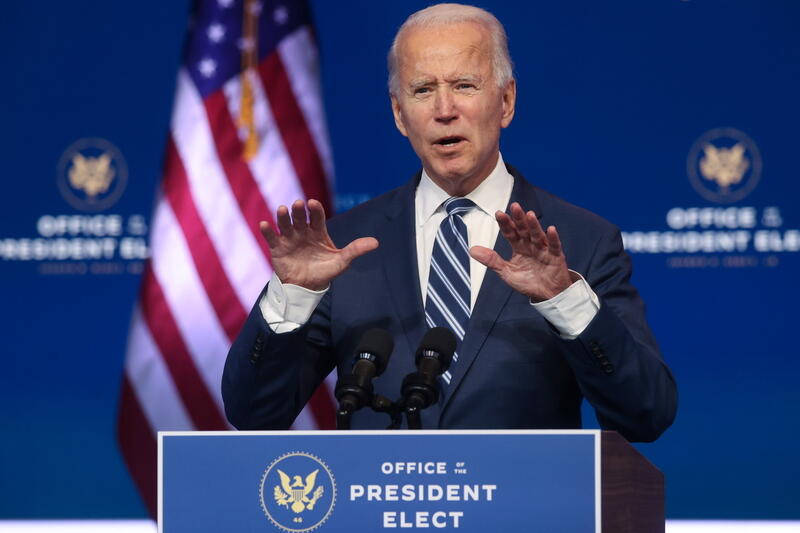 Wall Street alumni are notably lacking in the transition teams sizing up bodies like the Treasury. But bankers should still have the president-elect’s ear. Amplifying left-leaning voices may signal new priorities, like racial inequities, but not a finance-unfriendly agenda.

U.S. President-elect Joe Biden speaks about health care and the Affordable Care Act (Obamacare) during a brief news conference at the theater serving as his transition headquarters in Wilmington, Delaware, U.S. November 10, 2020.

President-elect Joe Biden and Vice President-elect Kamala Harris released the names of their agency review team members on Nov. 10. These teams evaluate how current agencies operate and identify their main issues and characteristics, determining how they relate to the new president’s policy goals. This includes meeting with former officials, policy experts, and other relevant parties.

Mehrsa Baradaran, University of California, Irvine professor of law, is on the banking team as well as the group reviewing the Department of Treasury. She has written on racial inequality in the financial sector. The Treasury team is being led by Don Graves, head of corporate responsibility and community relations at KeyBank.