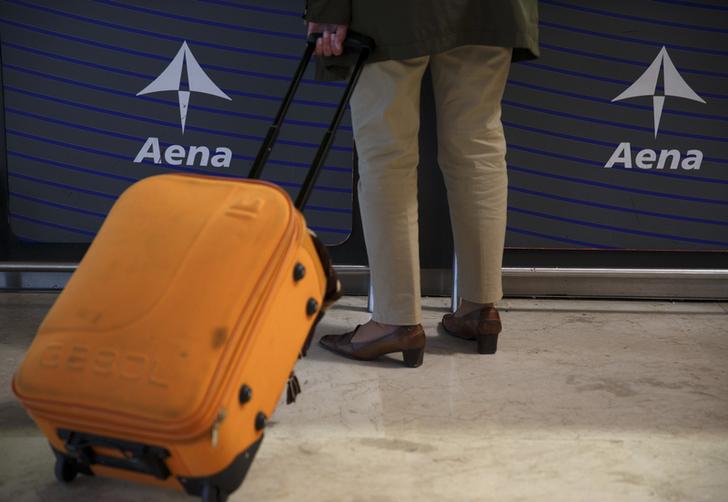 Aena, the $9 bln operator of airports in Madrid, Barcelona and beyond, needs flocking tourists to mint money. For now, it’s a safe bet. Low capex needs and ample capacity are a plus. But the state still calls the shots and a new regulatory regime stores up some uncertainty.

A customer stands at the information desk in Terminal 4 of Madrid's Adolfo Suarez Barajas airport November 6, 2014.

Spanish state-owned airport operator Aena is due to price its initial public offering on Feb. 9. The range for shares in the world’s largest airport company by passengers has been set at 43 euros to 55 euros, valuing the whole of Aena at between 6.45 billion euros and 8.25 billion euros. The privatisation, Spain’s biggest since 1977, was initially postponed last November and later relaunched with a slightly higher price range.

The government will retain a 51 percent stake in Aena and plans to sell 28 percent to retail and institutional investors. It has provisionally placed 21 percent of the shares with three core investors: Spain’s Corporacion Financiera Alba, British hedge fund TCI and infrastructure group Ferrovial. Their investment is conditional on the share sale going ahead before April 16.

On Jan. 27, Aena said there was enough demand from investors to cover the book at the midpoint of the range.