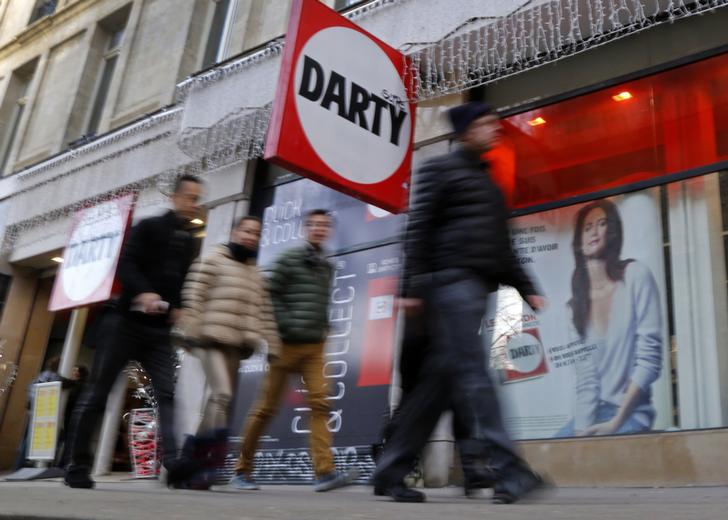 French retailer Fnac probably will have to improve its 800 million euro offer to win its bid for homeware specialist Darty. Sweetening what is currently an all-share deal with some cash would also help. But the bidder’s estimate that the merged company will secure 85 million euros of annual cost savings suggests the takeover is worth doing at a higher price.

The current offer – outlined on Sept. 30 – proposed that Darty investors would get one new share in Fnac for every 39 shares held. Using Fnac’s current 59.66 euro share price on Oct. 26, the terms value each Darty share at around 110 pence.

Before news of the bid approach became public, Darty stock was trading at 81 pence. Even without a bump in terms, that looks like a pretty handsome 36 percent uplift. But that is a little misleading. Since the premium in an all-share merger is how much economic benefit the bidder is giving away to secure the deal, the key calculation is the relative size of Darty’s shareholding pre and post-deal.

Under the Sept. 30 terms, Darty shareholders would get around 45 percent of the new company, where it had around 40 percent of the combined market values had the companies been put together at their pre-deal values. The premium already offered, therefore, has a lump cash value of around 100 million euros. The premium being offered under current terms is around 16 percent.

That suggests the target might be able to hold out for more. The present value of the 85 million euros of synergies outlined by Fnac on Oct. 25, taxed at 25 percent and capitalised on a multiple of 10, is around 640 million euros – although Fnac reckons it will have to spend 65 million to get them, and they will take a few years to come through.

Still, the synergies will only come if Darty plays ball, and that means Fnac may need to improve its terms. It probably will. A negotiating deadline, due to expire on Oct. 28, has been extended by an additional two weeks. There seems to be enough in the synergies pot to make an increased offer affordable.

On Sept. 30 London-listed Darty said it had received a merger proposal from Fnac which valued Darty at around 800 million euros. Fnac said on Oct. 25 it had support from two Darty shareholders, Knight Vinke Asset Management and DNCA Finance, which together speak for 23.6 percent of Darty.