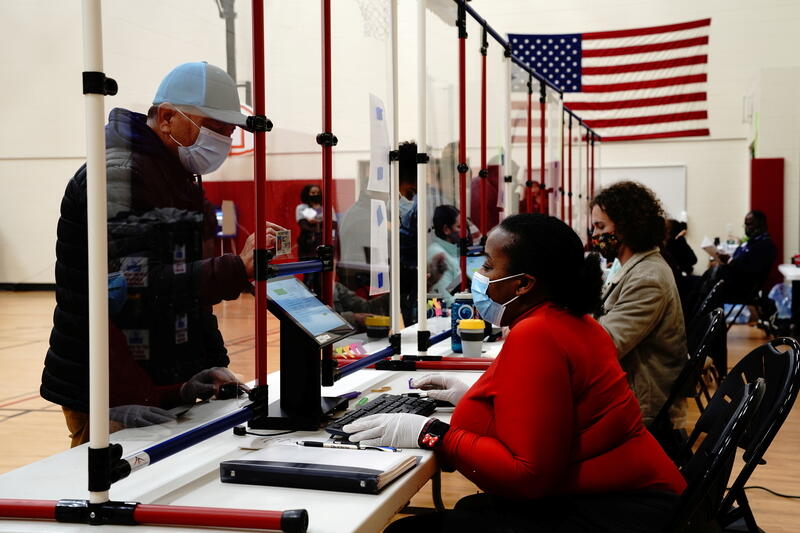 Uncle Sam deserves an A for participation. For what’s shaping up to be the first time in more than a generation, as many as two thirds of eligible U.S. voters turned off Netflix and left their couches long enough to mail in, or physically cast, their ballots. Setting aside the final verdicts of the presidential and congressional election it’s at least a sign that the world’s first modern democracy is very much alive.

The world’s biggest economy is riven by partisan bickering, rising depression and substance abuse, and failing abjectly to contain a virus that has exposed the soft underbelly of a poor healthcare system and widening disparities in prosperity. That alone makes it worth celebrating that up to 160 million citizens, up from 139 million in 2016, may have felt compelled to exercise their fundamental right – or duty, even – as members of a democratic society, according to U.S. Elections Project forecasts.

Voter turnout matters in important ways, not just to investors and financial markets, for which an active democracy undergirds the credibility of property rights and the rule of law. The coronavirus has put western liberal democracies to an important test against competing, chiefly more authoritarian systems, notably the People’s Republic of China, which have done a better job of protecting their people. It’s hard to imagine a more effective weapon with which to discredit American leadership than Covid-19.

How the deadly pandemic ultimately influenced the political decisions of individual Americans is still to be determined, and with it the future trajectory of the nation and its economy. A result may not be perfectly clear for days – a possibility that will rattle markets around the world. But the work before the newly elected president and the 117th Congress is extensive.

New U.S. coronavirus cases are rising by 100,000 a day, with hospital beds filling up and the death toll increasing, even before the dreaded winter season will usher people indoors where the disease spreads more rapidly. Stimulus money has run out for individuals and businesses. And the rollout of a vaccine, should one be deemed safe and effective, will take extensive government mobilization efforts.

As the results of the 2020 election will prove, Americans are divided like never before over who they want to handle these challenges. But they have at least found common ground in that simple, yet most fundamental, of actions: lining up at the polling booths or licking a stamp and stuffing an envelope. It’s not much, but it’s something.