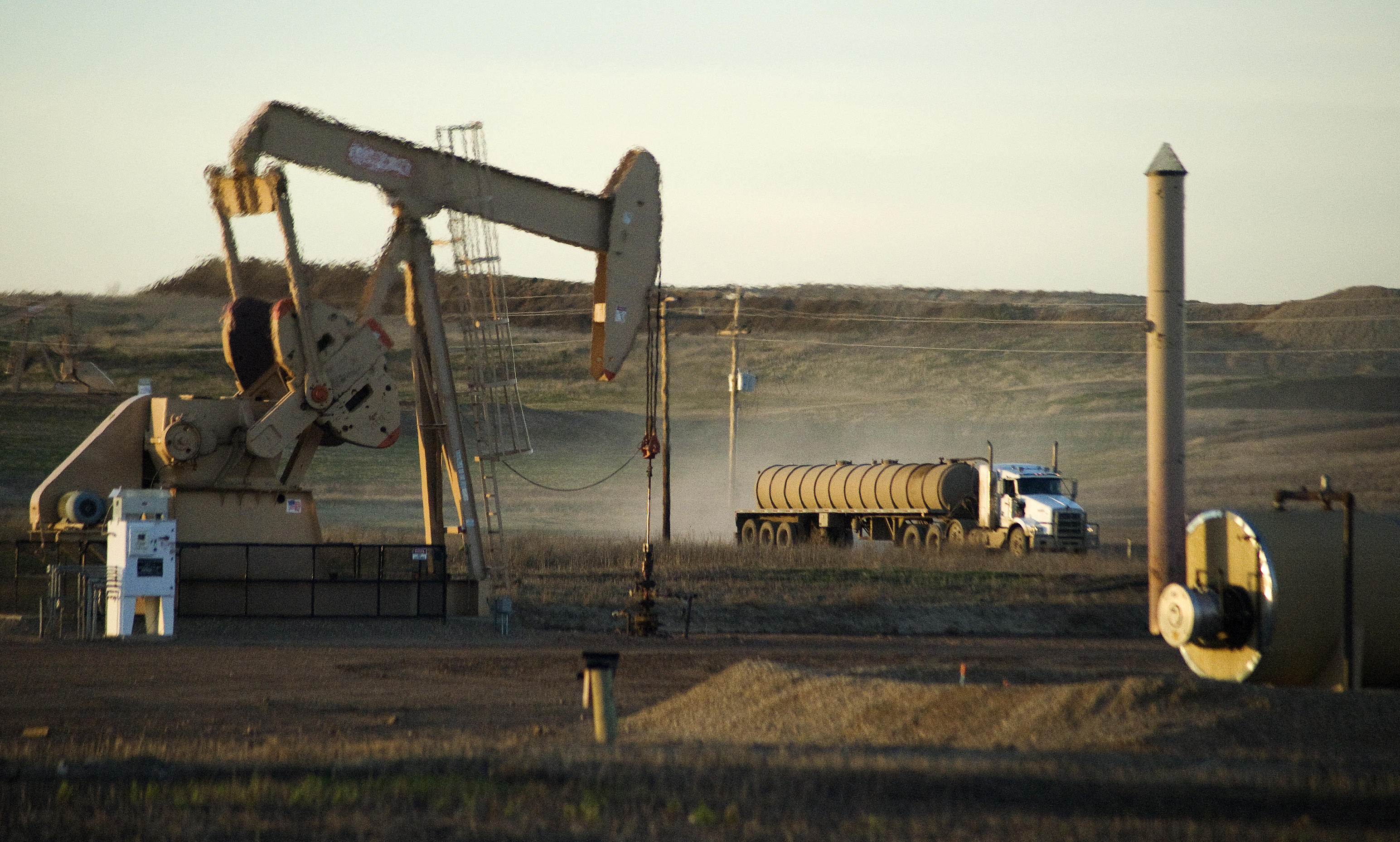 Energy industry bosses, including Exxon’s, kicked off their annual Houston hootenanny with reassuring words about the environment and free trade. They notably clashed with the new administration’s climate-change and border-tax positions. Global market forces will be hard to move.

A service truck drives past an oil well on the Fort Berthold Indian Reservation in North Dakota, November 1, 2014.

The 36th annual CERAWeek energy industry conference, hosted by research outfit IHS Markit, is being held in Houston, Texas from March 6 to March 10.

At the event, Exxon Mobil Chief Executive Darren Woods on March 6 delivered his first major public speech since taking over for Rex Tillerson, who left to become U.S. secretary of state in President Donald Trump's administration.