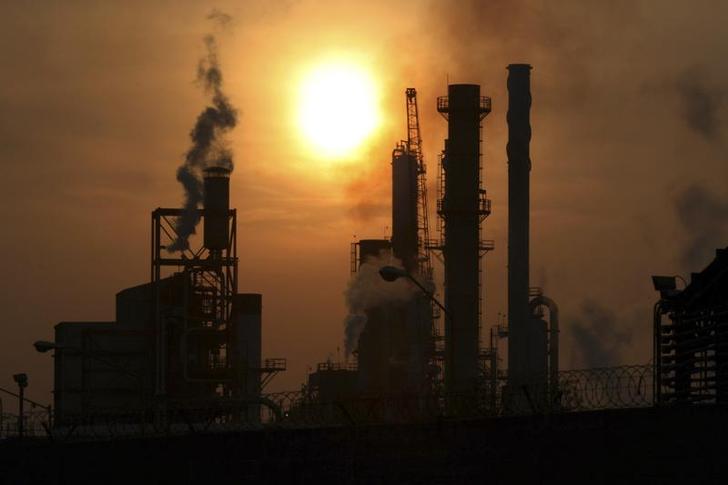 Big Oil has a growth addiction. The industry pours billions of dollars into projects with marginal returns to keep production rising. But the oil majors’ huge size means even huge new fields barely move the needle. Petroleum bosses would do better to follow Royal Dutch Shell, and ditch output targets. The best option may be to plan for shrinkage.

Limited access is the root of the problem. Assertive national oil producers have excluded the listed Western companies from the most attractive markets, so they are forced into expensive and tricky projects in difficult places like deep water or the Arctic. High costs and technical hurdles shrink the risk-adjusted returns from such projects.

In 2006, Big Oil made an average 26 percent return on the capital it put to work for shareholders, according to Macquarie. Today the industry’s average return on capital employed is less than 15 percent – and that’s flattered by contributions from older, higher-returning fields.

The scale of modern oil majors’ operations compounds the challenge. With the biggest firms cranking out 3 million to 4 million barrels of oil equivalent per day, only very large projects – or an unmanageable number of small ones – create meaningful growth.

One potential solution would be to quit exploring, hack back capital spending and run for cash – like companies in other growth-challenged industries. But most oil majors’ proved reserves only amount to about a decade of current production. They need roughly half of their capex just to keep already-built fields and facilities running, so the savings from radical retreat probably wouldn’t be enough to make the strategy pay off.

But a more modest retreat could work well. Royal Dutch Shell recently said it would drop explicit production growth targets. That approach will discourage investment in low-returning projects just for the sake of pumping more barrels.

Arguably, oil bosses shouldn’t stop there. Modern oil majors emerged at a time when there were big economies of scale. Today, the industry’s challenges are more technical and political. Analysts at UBS note that mid-sized oil companies that have broken themselves up, such as Marathon, ConocoPhillips and Hess, have performed fairly well. Breaking the big majors into smaller, more nimble companies with narrow but deep expertise might be the best way to escape the tyranny of large numbers.

Exxon Mobil, Chevron, ConocoPhillips, BP, Royal Dutch Shell and Eni made an average 14.8 percent return on capital employed last year, according to Macquarie data. That compared with an ROCE of 26 percent for the big majors in 2006, and an average of 19.3 percent since 2002.

Steam rises from Antonio M. Amorover refinery in the city of Salamanca.

Exxon Mobil, Chevron, ConocoPhillips, BP, Royal Dutch Shell and Eni made an average 14.8 percent return on capital employed last year, according to Macquarie data. That compared with an ROCE of 26 percent for the big majors in 2006, and an average of 19.3 percent since 2002.