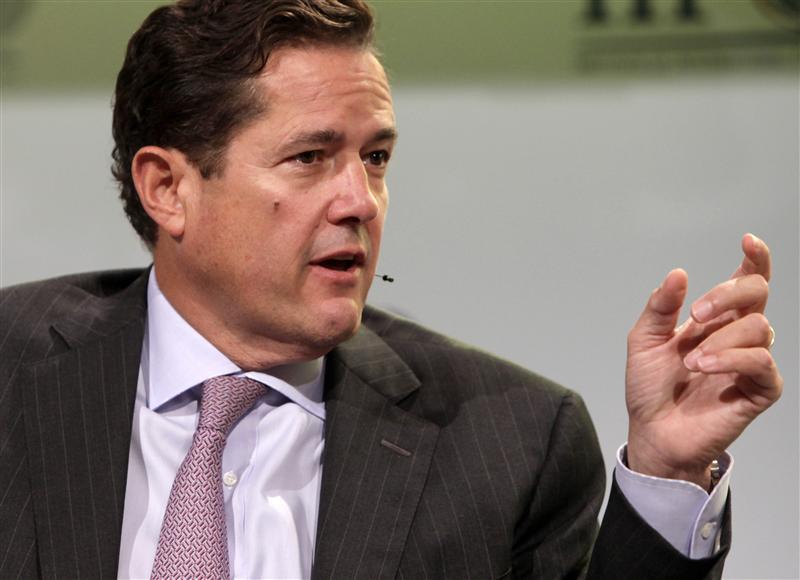 Wall Street churned out an unusually large group of big-shot bankers last year. One of them, Jes Staley, may offer a glimpse into what the market holds in store. JPMorgan’s former investment banking chief is joining hedge fund BlueMountain Capital. It’s not the top job at Barclays, a role Staley looked at, but it’s also a potentially less stressful but lucrative role. The Class of 2012 that includes Bob Diamond and Vikram Pandit may find power and glory similarly elusive.

Staley managed one of the easiest-sounding but in reality hardest routes to the apex of banking. He slogged away at JPMorgan for over three decades, running the private bank, the asset management unit and eventually the investment bank. Though he was widely considered a prime candidate to take over for Jamie Dimon, the fact remains he’s the same age as the JPMorgan chief, who shows no signs of taking a breather. A management shakeup last year gave Staley a divisional chairman title, a sign he was the odd man out.

Helping run a $12 billion hedge fund could provide an enjoyable change of pace. There will be fewer regulatory headaches to endure and internal politics to navigate. But paying for the privilege to be the ninth managing partner of a decade-old firm is also a far cry from running one of the world’s biggest and most storied banks, or even hanging his own shingle. It’s the kind of future Staley’s peers will also have to contemplate.

For one, there are fewer banks than five years ago and therefore fewer senior roles to fill, and lots of crowded boutiques. What’s more, though Pandit was a virtual outsider plucked to run Citigroup in the crisis, most of the top jobs are still claimed by insiders. Veteran bankers also aren’t changing employers as often in a shrinking and embattled industry. That can make alternative roles more appealing. Former Merrill Lynch boss John Thain, for example, is biding time running comparatively dinky lender CIT.

The more common path may be Staley’s. Diamond is among those looking for a new gig. So are Paul Taubman, the recently departed 30-year Morgan Stanley co-president, and Pandit and his longtime deputy John Havens. Jerry del Missier, who was until recently helping Diamond run Barclays, is out of work. So is Yoel Zaoui, one of Europe’s top M&A bankers. They’ll probably turn up somewhere, but perhaps on a much smaller organizational chart.

James “Jes” Staley, the former chief executive of JPMorgan’s investment banking division, will join hedge fund BlueMountain Capital as its ninth managing partner, the firm said on Jan. 8. After 34 years at JPMorgan, Staley will buy a stake in BlueMountain and become a member of its management, risk and investment committees.

James “Jes” Staley, the former chief executive of JPMorgan’s investment banking division, will join hedge fund BlueMountain Capital as its ninth managing partner, the firm said on Jan. 8. After 34 years at JPMorgan, Staley will buy a stake in BlueMountain and become a member of its management, risk and investment committees.