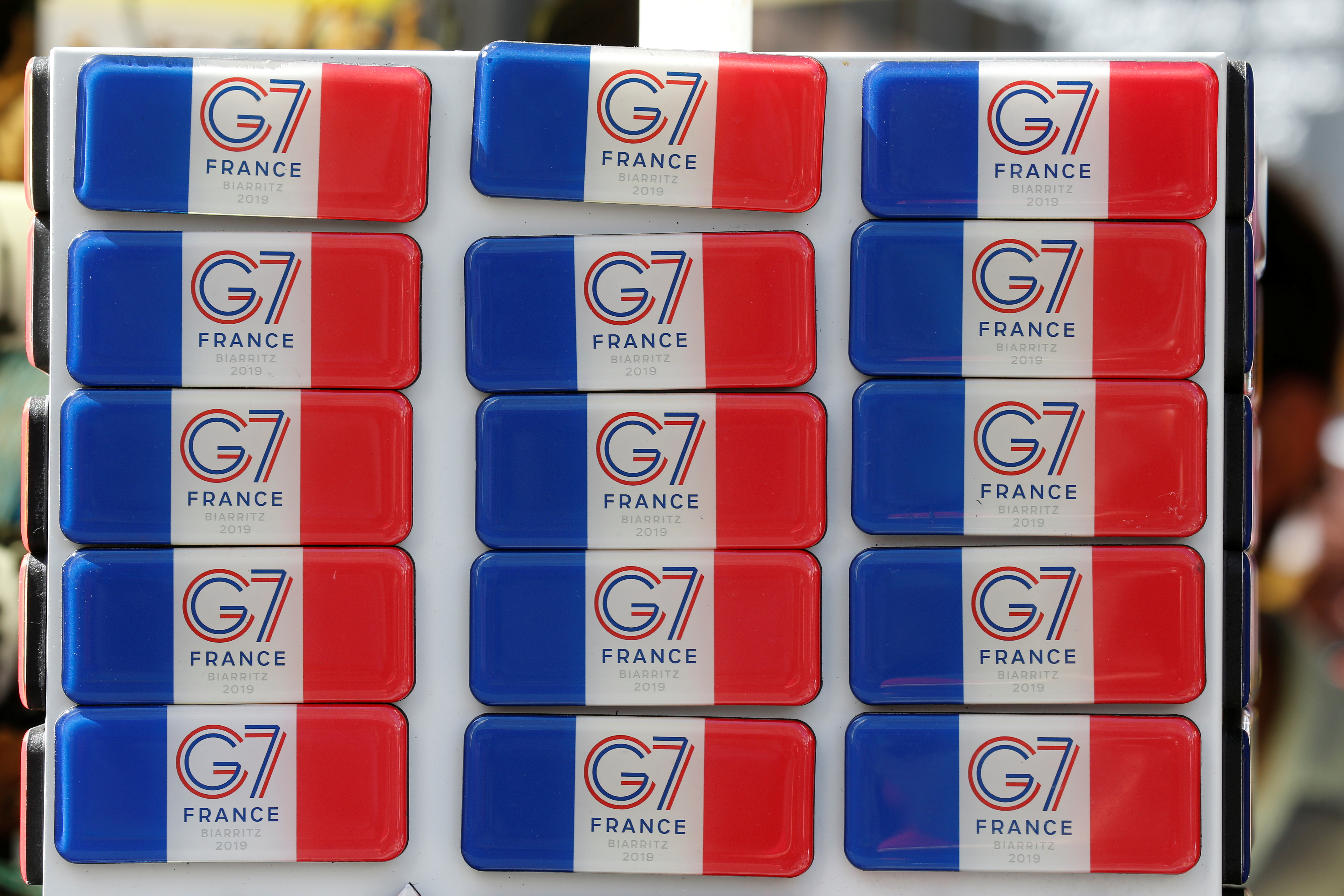 As G7 leaders prepare for a non-meeting of minds, the worldwide slide into discord seems unstoppable – from Brexit Britain and erratic Trump to troubled Kashmir and Hong Kong. Markets expect more of the same, but the biggest risk now may be a step change – for the better.

Souvenir magnets of G7 summit are displayed for sale in a shop ahead of the G7 summit in Biarritz, France, August 22, 2019.

The U.S. Bureau of Labor Statistics provided on Aug. 21 a revision of American job creation in the 15 months ending in March 2019. The more accurate numbers show that 501,000 fewer jobs were created than had previously been estimated.

French President Emmanuel Macron on Aug. 22 wrote on Twitter that the fires raging in the Amazon rain forest are an international emergency and called for the situation to be discussed at the G7 summit. Brazilian President Jair Bolsonaro responded angrily to what he called meddling and “interfering with our sovereignty”.