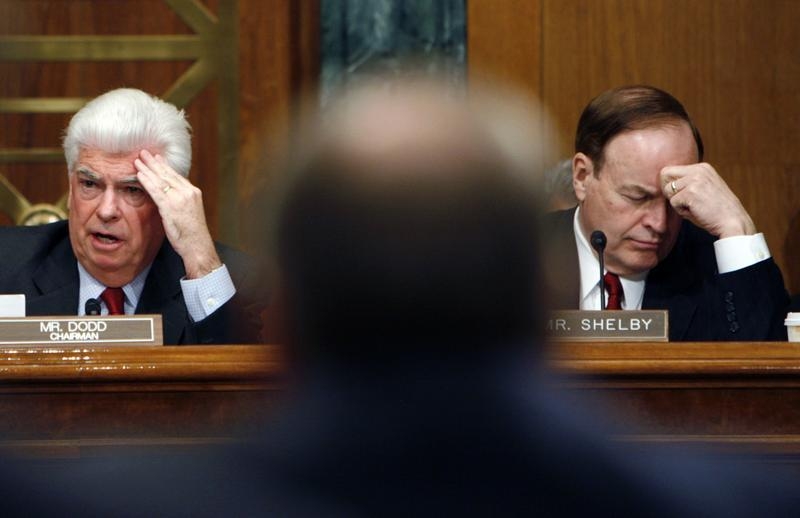 The new head honcho on the Senate panel that governs lenders is sponsoring a lumbering proposal to make recent reforms more manageable for many institutions. It’s not crazy, but little of it looks essential, either. One thing is clear: it’s not designed to help Wall Street a bit.

U.S. Senate Banking Committee Chairman Richard Shelby introduced a bill on May 12 to provide regulatory relief to small and midsized banks. The legislation’s provisions range from easing rules for lenders in rural areas to reforming the Financial Stability Oversight Council that monitors the largest institutions.

The panel’s new chairman seeks to ensure that burdens imposed by 2010’s Dodd-Frank Act don’t fall on community banks. That includes excluding some from new mortgage rules and excessive examinations. It would also exempt institutions with fewer than $10 billion in assets from the Volcker rule’s proprietary trading ban.

Another proposal would shift the minimum for automatically designating a firm as systemically significant from having $50 billion in assets to $500 billion. The FSOC would instead evaluate firms with at least $50 billion in assets to determine if they should be designated. It would also enhance FSOC transparency from the designation process to meetings, including allowing all of each regulator’s leadership to attend meetings rather than just their chairs.

The bill also seeks changes for the Federal Reserve. That includes additional, more detailed reports to Congress on its economic projections and any rules or strategies it uses to decide monetary policy. It reduces the lag time for releasing transcripts from five years to three. Moreover, it would subject the New York Federal Reserve Bank president to congressional confirmation.

Lawmakers would also be forbidden from using revenues provided by mortgage guarantors Fannie Mae and Freddie Mac from offsetting unrelated government expenditures. It prohibits the Treasury to sell any of the firms’ preferred stock without the consent of Congress as well.